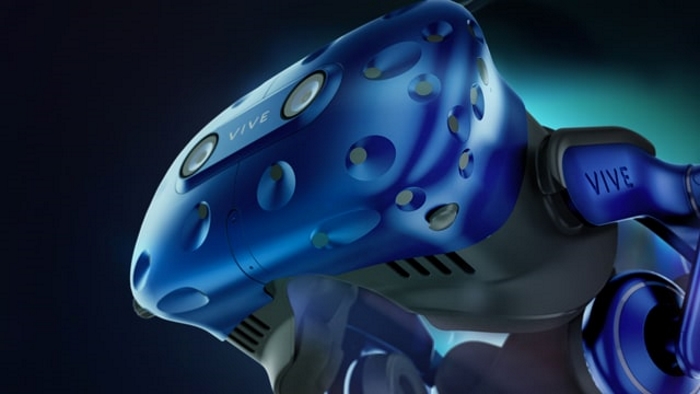 The Vive Pro, announced last January, will feature built-in headphones and dual-OLED displays at a combined image resolution of 2880 x 1600. According to HTC, the resolution is a 78% increase over the original Vive HMD. Pre-orders begin today, and start shipping on April 5. Anyone who purchases the Vive Pro before June 3 will receive a six-month trial to Viveport, a subscription service where users can download five games from a library of over 400 VR titles every month.

Launching at the same price as the original Vive package, the Vive Pro will only include the HMD and does not come with any base stations or controllers. The upgraded headset will work with previous Vive base stations and controllers, or must be purchased separately for new buyers. HTC said in its initial January announcement that the individual headset would be sold first in Q1 2018 with a full bundle planned later this year.

HTC also announced the current Vive bundle will receive a $100 price cut, now at a price of $499. The Vive includes the headset, two base stations, two controllers, Fallout 4 VR, and a free Viveport trial.