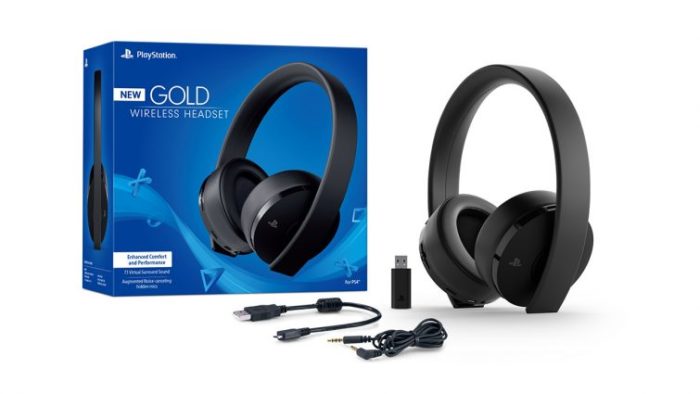 Sony will release a new PlayStation Gold wireless headset for the PS4 later this month, according to a post over on the PlayStation Blog.

Set to release “in the next few weeks” for $99.99 in the U.S, the revised Gold wireless headset retains many of the premium features present in the current version, while wrapping them up in a more sleek design. That means 7.1 virtual surround sound, augmented noise-cancelling hidden microphones, and over-ear cushions to make for more comfortable marathon sessions. You’ll be able to use the Headset Companion App on your PS4 to load custom audio modes specially designed to improve the audio in some of the biggest games on the system.

An included 3.5mm audio cable allows the Gold Headset to be compatible with PlayStation VR and other mobile devices. The blog post also mentioned that the revised design of the headset should also make it more comfortable to wear when using alongside PSVR, though specifics on these comfort improvements weren’t detailed.

Currently, Sony has yet to reveal exactly when this revised version of the PlayStation Gold wireless headset will go on sale. However, we do know that you should see them out and about in the wild by the end of February.