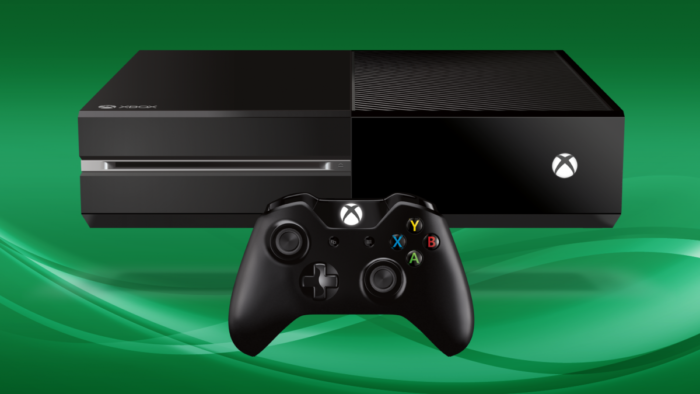 The rumor recently broke out that Microsoft was looking to acquire some big game studios to help bolster its first-party lineup. While still very much a rumor, there are sources in the Polygon article who seem to verify that at the very least Microsoft is trying to tackle the issue. Which shouldn’t come as much of a surprise, given how the Xbox One’s lack of exclusives has been the main sticking point among gamers for years now.

Since its launch back in 2013, the Xbox One has performed respectably all things considered, having sold an estimated 35 million units. In a bubble that seems impressive, but when compared to the PS4’s monstrous 70+ million units sold it’s a mere pittance. Initial customer backlash about the always-online connectivity and the forcibly integrated Kinect saw the Xbox One stumble out of the gate when it launched and since then its been trying and failing to catch up to the PS4.

As more and more PS4 units were sold and the Xbox One lagged at launch, many developers flocked to the most successful console, starting the perpetual cycle that has haunted Microsoft since. The Xbox One is a fine system with many great games and even some truly standout exclusives, but even so, it has been unable to shake the stigma of not having enough of them. Why should gamers buy a console for one or two exclusives when that shiny PS4 over there has several times as many? And if you already have a PS4, why, look over there at that shiny Nintendo Switch that just came out with half a dozen amazing exclusives.

It’s as much a quality issue as it is a quantity issue as well. Games like Gears of War 4 and Halo 5 are great and all, but they never landed with quite the same resounding cultural splash as something like NieR: Automata or Horizon Zero Dawn. Cuphead was a true gem, granted, but that was just one game. You don’t hear those sorts of widespread talks being thrown around for things like Halo Wars 2 or Forza Motorsport 7. A console’s exclusives can be and often are great, but the conversation around them is just as important and the conversation dominating the Xbox One has often felt like its predominantly negative. Or at the very least lacking when compared to the talks around the PlayStation 4 and even the Nintendo Switch.

Instead of gamers focusing on the positives of the Xbox One, more often than not the conversation is on all the things it fails at. Scalebound’s unfortunate cancellation comes to mind, serving both as a heavy loss to Microsoft’s potential library and yet another thing gamers could point to and say it somehow proves the Xbox One is a terrible console. It doesn’t of course, but it’s yet another hurdle on the already steep hill Microsoft has been made to climb.

Its been stuck in this cycle of not selling enough units to get a bunch of exclusives while also not having enough exclusives to move a bunch of units. A cycle that ultimately killed the Wii U and has loomed threateningly over the Xbox One for years now, though Microsoft’s console is saved by third-party support.

Microsoft has tried to combat this in a number of ways, perhaps most notable being the introduction of the Windows Play Anywhere system. A system that would allow anyone to play Microsoft exclusives on a Windows 10 computer and vice versa. This did indeed raise game sales, but also shot the Xbox One in the foot a bit as well since now gamers didn’t even need a console to play Microsoft exclusives anymore.

However, not everything is all doom and gloom for Microsoft. Competition breeds innovation as they say, and the company’s struggling position has made it far more open to new or experimental ideas. Cross-play is one such idea. Microsoft was among the first to make a serious push for cross-play between all consoles and PC. It also serves as a rare instance of almost everyone being on Microsoft’s side on an issue with the PS4 and its refusal to allow cross-play remaining unpopular with gamers. In attempting to innovate, they even introduced the idea of enhanced consoles and released the Xbox One X to allow console players to enjoy a 4K experience.

In fact, Microsoft has made a number of incredibly pro-consumer decisions in the last couple years to combat their initial negative reputation in that same vein. Backwards compatibility, for instance, was one of the things gamers lamented the loss of with the current console generation; and it created a niche that Microsoft was more than happy to fill. In fact, they took that idea even further by really upping their Xbox Games with Gold lineup to help make Xbox Live all the move appealing as well.

As recently as last week Microsoft announced changes for its Netflix-style Game Pass that would allow players to play brand new first-party Xbox One games at launch. Not only a gutsy, unprecedented move on a platform’s part, but also one that presents customers with one heck of a good deal. It will still need to be seen whether or not Game Pass can hold up to the promise and if the industry can accept it, but it has the potential to create a completely new type of business model that may even inspire new types of gaming experiences. If nothing else, the announcement has generated a lot of positive discussion and goodwill for Microsoft.

Then there is the aforementioned exclusives problem which, thankfully, Microsoft seems gearing up to fully address. Sea of Thieves and State of Decay 2 both look like promising games, Cuphead was a critical darling, and if the acquisition rumors bear fruit then Microsoft could be set to gain some pretty big developers under its belt. Developers who, incidentally, could then have their new games featured on that fancy new Game Pass. Microsoft has made a lot of pro-consumer decisions, but until it starts getting better exclusives under its belt, it’ll continue to be difficult to compete with other consoles.

It has been a rough few years for the Xbox One, thanks in no small part to its issues with exclusives. Though with 2018, it’s actually looking like Microsoft may just finally be finding its footing to take care of this “Xbox has no games” problem once and for all. Time will tell of course, but right now Microsoft has been on a roll, and the Xbox One has been doing better and better in the market. Though the future of the Xbox One is still uncertain, especially when it comes to the exclusivity problem, at the very least Microsoft is acknowledging the problem and is taking steps to ameliorate the situation.