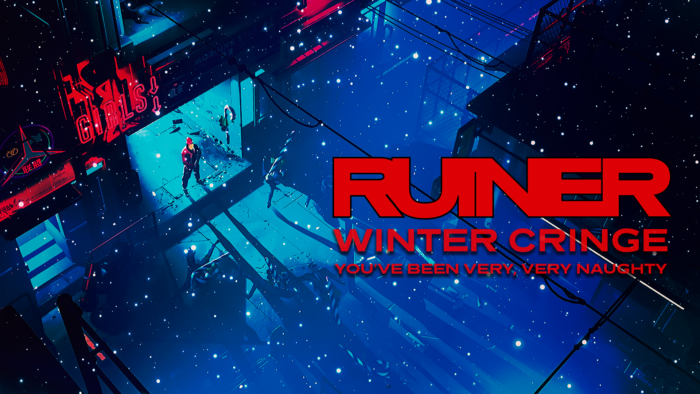 Reikon Games and Devolver Digital have teamed up to bring you a new holiday-themed update for Ruiner in the form of the Winter Cringe update. Just like the rest of the games out there getting comfy and cozy in for winter and the holiday season, Ruiner’s getting in on the same thing with this new update.

Candy cane weapons, festive lighting, Santa outfits, and even Creep enemies that look like the Grinch are all on offer this time around, with Ruiner having been transformed into a winter wonderland. It’s the same bloody world, but you’ll just be walking around in a much more wintry version of it, right?

In addition to the Winter Cringe update, there’s a special Ruiner 7-inch figure out you can purchase to bring the pain to your living room. There are only 250 copies being made, and there’s also a 56-page art book and Steam code coming with each figure so you can try out the game while displaying the “hero” in your home. If that’s not enough, you can gift your favorite Ruiner fan a two-disc collector’s edition vinyl set of the Ruiner soundtrack with 16 tracks this year for the holidays via Laced Records.

If you’re a big Ruiner fan, or you know someone who is, you’ll want to jump on these things pronto. Winter may be here, but it won’t last forever.