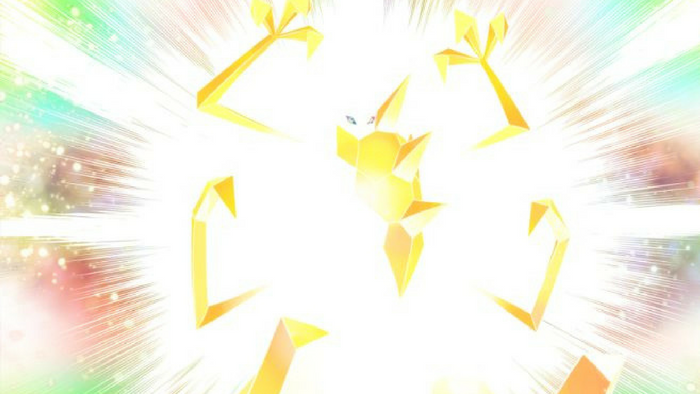 Nintendo’s latest trailer for Pokemon Ultra Sun and Moon is all about the tease, especially that of the form of Dusk Mane Necrozma or of Dawn Wings Necrozma, depending on which Legendary Pokemon you get from your game. It looks like there’s another form of Necrozma, which is covered in a bright light, but Nintendo isn’t stating what that Pokemon form may be at the moment, instead leaving fans to speculate from the new trailer.

As players make their way through Pokemon Ultra Sun and Moon, they’ll come face to face with the mysteries of the new form of Necrozma, particularly Ultra Megalopolis and its secrets, which you must now access via the bizarre Ultra Wormholes.

The trailer also details info on Battle Points, which can be used to teach Pokemon skills that they can’t learn from leveling up or using TMs. It’s an intriguing system that rewards players with points as they complete battles at various points throughout the game, and should offer an intriguing new layer of strategy to the game since these moves can only be earned in that way.

Check out the trailer below ahead of the games’ release this Friday!