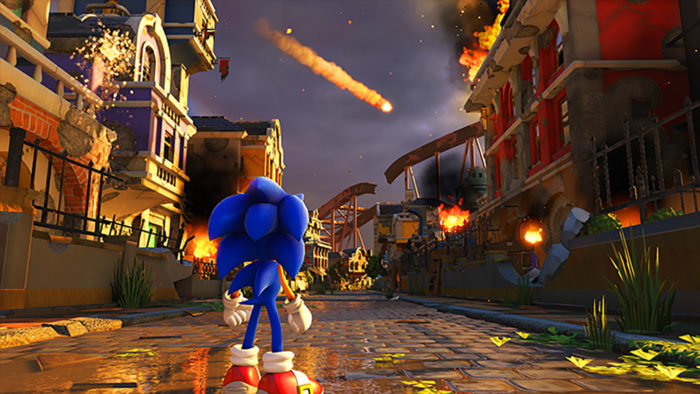 Sonic Forces is already out tomorrow, Nov. 7, and as such Sega has released a new launch trailer running down some of what we’ll see when the game launches in full.

As has been the theme with the rest of the Sonic Forces trailers, we’re treated to Sonic and friends (and the other customized characters) fighting against Eggman and his robots and other ne’er-do-wells. The world’s obviously in trouble, and Sonic and the rest of the gang are the only ones who can make things right again. Oh, and you too, of course.

There’s an air of camaraderie between the Sonic heroes, though one can’t help but think how serious the game is taking itself. It’s a more “seriously” toned Sonic game, but we’re talking anthropomorphic hedgehogs, bats, and foxes after all. And an echidna. We can’t forget Knuckles.

Sonic Forces is coming to PlayStation 4, Xbox One, Switch, and PC tomorrow. Are you a hardcore Sonic fan? Looking forward to picking the game up? Let us know in the comments!