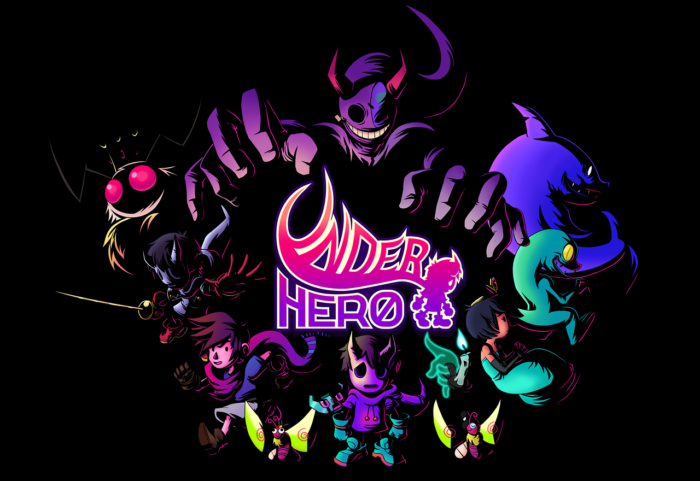 Ever wondered what it was like for the bad guys who served under the main villain? Well, in Underhero, that is exactly the life you lead with a character who is fed up with serving an evil doer and decides to do the right thing. And you’ll have to fight through a 2D world to do it.

Underhero is a rhythm-based RPG title where you play as a former underling under one evil Mr. Stitches.

Join Elizabeth IV and a little Masked kid in a journey across the Chestnut Kingdom to once again, defeat the evil Mr. Stitches! Meet friends, foes and other weird characters in the mysterious world of Underhero.

The game was inspired by Nintendo RPGs of old, namely Paper Mario, and features a world that pops with color and adventurous music to match. Players will be solving puzzles, exploring, and taking down former co-workers and baddies with “timing-based combat”.

Along with this timing-based combat, players will experience features including mini-games, platforming, and a HUB world that is filled with characters and is constantly changing. The enemies also still consider you an ally, giving your character the ability to talk to them.

Underhero has a release window of 2017.

The demo for Underhero is available for PC players through Steam and Gamejolt.

What’s New in Animal Crossing: New Horizons’ October Update? Everything You Need to Know
To Top