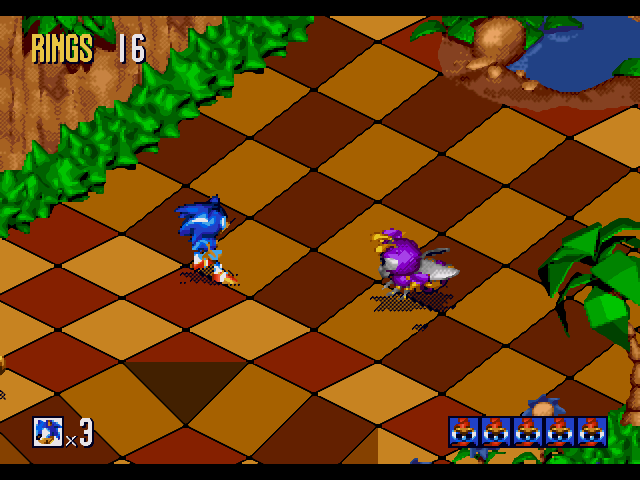 Traveller’s Tales, now known as TT Games, are known for making tons of well-known titles, and are more recently known for making the Lego games. But the company’s original founder, Jon Burton, seems to be quite the fan of Sonic the Hedgehog. The Traveller’s Tales team also made a few Sonic games in the late 90’s, namely Sonic R and Sonic 3D Blast. Burton was one of the devs for both games, and now he wants to make an unofficial Director’s Cut patch of Sonic 3D Blast. The game was originally released for the Sega Genesis/Megadrive, Saturn, and Windows 9x platforms, and this patch will be free for anyone who knows how to apply a patch to their game.

Burton is doing it simply for fun, but plans to add:

In the video, he says he can’t add any new screens or graphics, only being able to re-code what currently exists, so it’s impressive that he’s able to get this much out of the game. One of the biggest complaints about the original game was that Sonic would slide around too much, making it hard to control, so it’ll be nice to revisit the game with improved handling, to see how much of a difference it’ll make. A level editor will surely spice things up, too, and people are bound to find a way to share their creations online.

It’s doubtful Sega will crack down on this sort of thing, because it’s not causing any harm to those who own the original game, and it’s one of the original developers working on it for no profit, so it’ll be interesting to see how effective this patch is once it drops.