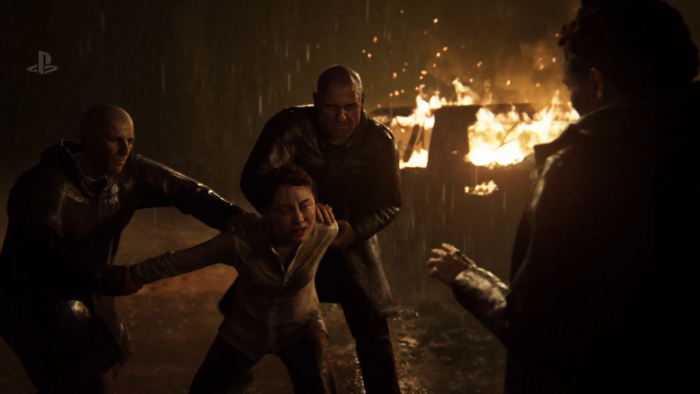 The gruesome new trailer featured a woman dragged to a strange campsite where corpses were hung from trees, their insides appearing to spill out onto the ground below. As the mystery captors wrapped a noose around the woman’s neck, an eerie older lady about to slice open the newest victim, an ally appears. You think things are finally going to be okay, but it’s far from okay.

Moments later, with the phrase “Clip her wings,” the young ally’s arm is struck several times with a hammer. It’s a painful and disturbing sight for the faint of heart, but it really sets the tone for the rest of the trailer, which involves a woman having an axe buried into her head.

It’s all part of The Last of Us Part II’s powerful new footage, which is quite surprising given that we hadn’t heard much about the game before now, and then Sony decided to pull no punches with this shocking new trailer. One thing’s to be sure, though: it certainly looks absolutely excellent.

We’re still without a release date just yet, though, so we’re hoping to hear more out of the game in the coming months, and who these characters are, as well as their relation to Joel and Ellie, if any at all.