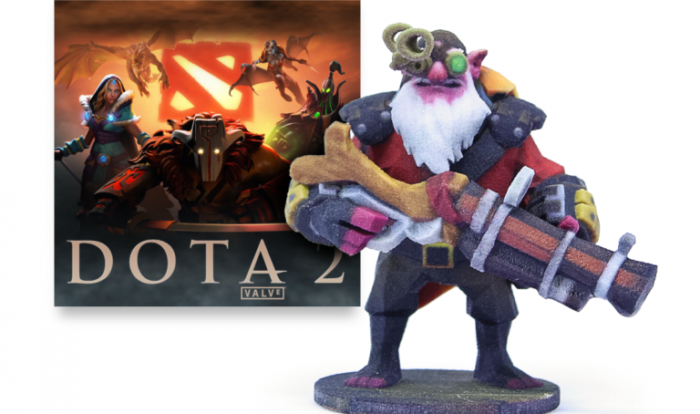 Valve has partnered with Shapeways for a program that will allow its fans to create, distribute and sell their own 3D printed versions of some of the company’s most famous properties. That doesn’t mean you should go out there and try to 3D print a game or anything crazy, but figures are fair game.

The program means that anyone will be able to create, sell, and then collect any revenue the items make. There’s a 10% royalty that Shapeways will take away from products sold that relate to games, but if it’s game hardware on the line for sale, there won’t be any cut made at all. That means you could potentially make some decent dough when using the service.

Shapeways has plenty of tutorials for you to check out if this is something you’re interested in doing, like say making your own miniature figures of characters from Half-Life or Dota 2 or something to that effect. Consistently good designs will get social media promotion via Shapeways and Valve, so it’s worth putting yourself out there and making some awesome products while making some cash in the meantime.