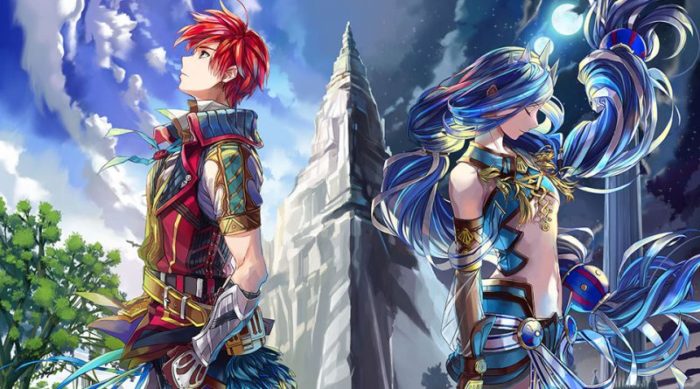 Ys VIII: Lacrimosa of Dana is Falcom’s latest entry in the long-running Ys role-laying series, and there’s a brand new trailer out that introduces several new characters into the fold: Laxia, Sahad, Hummel and Ricotta. Like the cheese.

Laxia is there to obviously fill the role of the stubborn royal character, but decides to help protagonist Adol and be a good person anyway. Hummel is called a “Transporter,” and he’s a bit of a serious fellow. He uses a gun that could also be called a small “cannon,” if you’re feeling generous. Sahad the fisherman is a hearty and happy guy who’s also very emotional, choosing to help Adol escape the Isle of Seiren. Lastly, the girl named Ricotta is waiting for her dad to come back as she explores the rest of the island with the other party members.

You can see how all of them interact when the game drops soon, both as a regular edition and the Day One Edition from NIS America, which comes with a soundtrack with five tracks and a 32-page art book. No matter whether you choose the PlayStation 4 or PS Vita Day One edition you’ll also get a special reversible cover as well.

Ys VIII: Lacrimosa of Dana comes out on PlayStation 4, PS Vita, and PC on September 12.