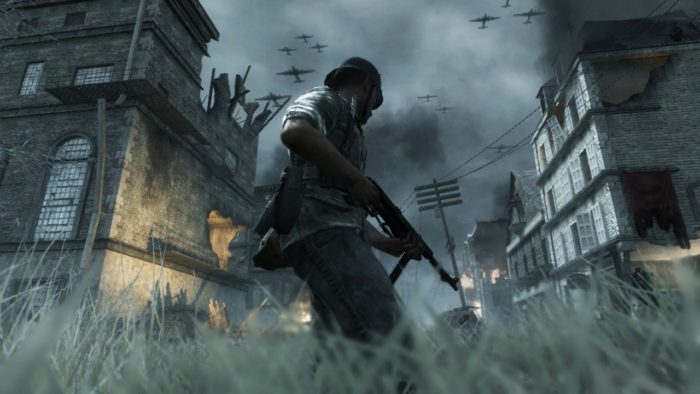 The Call of Duty: WWII private multiplayer beta is almost upon us, launching on August 25 for anyone who preordered the game. There’s a trailer out now showing off a bit of what you can expect to see, and it looks just as hectic as the prior games. Hope you’re ready for aerial combat, flamethrowers, and more.

Among other bloody and explosive feats, the all-new War mode is showcased along with aerial flights, iconic World War II locations, and several other mechanics. You’ll be able to enlist in all five Divisions in-game, and there’s a lot of new surprises to watch out for as well, it seems.

If you’re planning to play on PlayStation 4, you’ll get access to the Private Multiplayer Beta first on August 25, so long as you preordered the game to do so. That said, there’s still time to get your orders in if you want to snag a key. It looks to be a pretty wild and raucous multiplayer beta, hearkening back to the old days of Call of Duty: World at War.

Interested? Make sure you nab a multiplayer beta code and get to work. It’s about to get real in a week or so.

Most Innovative Games of 2020
To Top