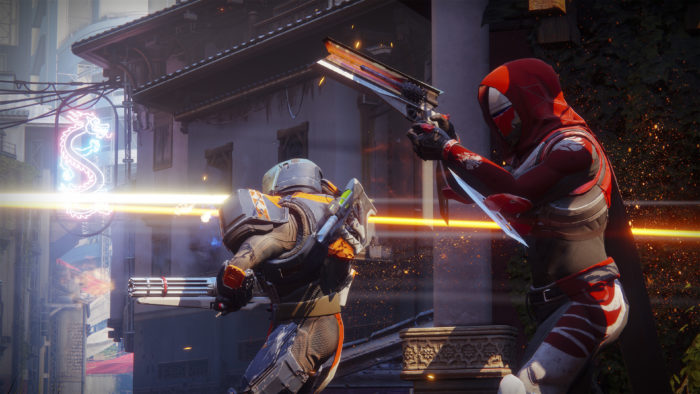 Much has been made about Bungie’s decision to forgo a 60 frames per second frame rate for Destiny 2 on the two lastest and most powerful console iterations — the PS4 Pro and Xbox One X. In an interview that will be featured in the October 2017 issue of EDGE, Bungie executive producer Mark Noseworthy explains that an increase in frame rate would result in a sacrifice in other areas on consoles.

“It’s about the simulation of the Destiny world. Thirty AI at once, large open spaces, six players, sometimes with vehicles, and dropships coming in; that’s where we’re using the CPU,” Noseworthy said. “Could we make a Destiny game that ran at 60fps? Yes, but the space would be smaller, it would be less cooperative, and there’d be fewer monsters to shoot. That’s not the game we want to make.”

“First and foremost, we’re trying to make an incredible action game,” he continued. “We don’t feel we’ve been held back by the choices we’ve made about world simulation versus frame rate; in fact, we think we’re offering a player experience you can’t have elsewhere because of the choices we’re making.”

The explanation is similar to the one Noseworthy and Bungie Director Luke Smith gave IGN earlier this year. ”The console, the PS4 Pro is super powerful, but it couldn’t run our game at 60. Our game’s this rich physics simulation where collision of players, networking, etc, and like, it wouldn’t run… [there’s] not enough horsepower there.”

In the interview with EDGE, Noseworthy reminded players that the PC offers a platform where the frame rate is uncapped. “But if frame rate is something that’s really important to you,” he said, “there is a platform now where you can spend as much money as you want, to go as fast as you want.”

Destiny 2 launches on PS4 and Xbox One on September 6 and PC on October 24. You can read our full impressions of the beta here.