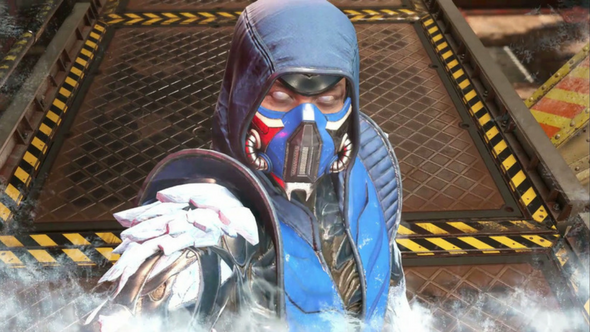 Red Hood may have just made his way to Injustice 2 this week, but there’s another fighter headed to the game whose name just may make you freeze up in anticipation: Sub-Zero.

The Mortal Kombat fighter favorite is coming to the game as a downloadable fighter in July, Warner Bros. and NetherRealm Studios revealed today. Sub-Zero received his own trailer showcasing some of his special moves and icy fighting style.

According to Ed Boon, when speaking during the special Mortal Combat presentation, the team “really wanted to see how an Injustice version of a Mortal Kombat player would fit into the game.” Quite nicely, as it turns out, but of course it would. Injustice: Gods Among Us players will likely recall the introduction of Scorpion into the fold, another Mortal Kombat favorite.

He’s got some interesting tweaks to the powers he normally uses in the Mortal Kombat series such as ice doppelgängers. So while he’s largely the same character you may know and love from the gory Mortal Combat games, he’s also got quite a few new moves to show off.

Check out the trailer below, which introduces Sub-Zero’s slightly altered look for Injustice 2, some of his new attacks, and some awesome new footage of him in action.