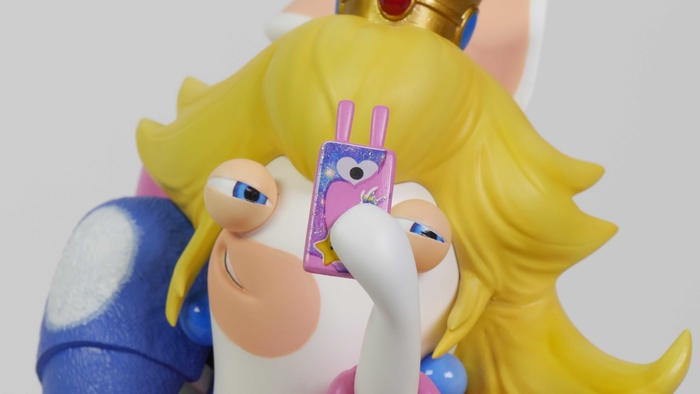 The rumored collaboration between Ubisoft and Nintendo just so happened to be true and it looks insane but the whole idea is actually brilliant and was one of the most-talked about announcements during E3. Mario + Rabbids Kingdom Battle is an XCOM- like strategy title that has you playing as some of the Mario characters as well as Rabbid versions of those characters.

Out of all of the different Rabbids, one of them stands out from the rest, the selfie-taking Princess that is Rabbid Peach. She loves taking pictures so much, that Ubisoft gave in and opened up an official Instagram account for the raving Rabbid. If you would like to join the 4000 people that are following her and see inside the mind of Rabbid Peach, her Instagram name is simply “RabbidPeach”. To give you an idea of what she’s been up to since the game’s announcement, here are some of her latest posts.

You’ll be able to play the hilarious and unpredictable crossover that is Mario + Rabbids Kingdom Battle once it launches for the Nintendo Switch exclusively on Aug. 29, 2017.