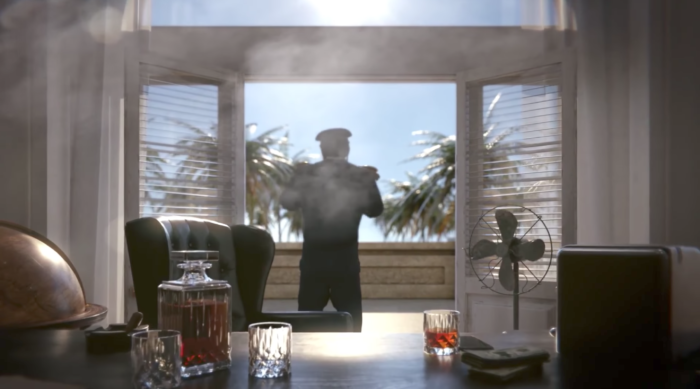 Kalypso Media has just released a new teaser trailer for a brand new Tropico game (though it’s still unnamed), and it features the iconic El Presidente of the series. You can check out the new trailer down below.

The CGI trailer doesn’t show off much, of course. We merely get a glimpse of the iconic character as he smokes a cigar while checking his social media feeds. The trailer cuts off just as he walks out of his office to the balcony, with the caption “Rule Again.” It’s pretty safe to assume that this is a teaser trailer for the next entry in the series, Tropico 6.

The previous game was released for consoles and PC back in 2014, and it was a hit for fans of the survival and city management genre. We’re definitely looking forward to seeing what changes and improvements the new game brings to the series.

We don’t have anymore details on the game just yet, but we’ll be sure to keep you updated as more info comes our way.