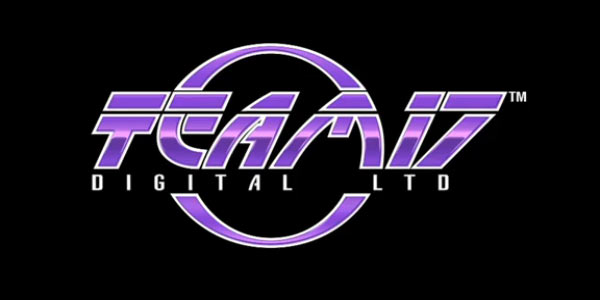 Team17 will be at E3 this year, and they’ve gone ahead and detailed what they’re bringing to the show floor at this year’s gaming expo.

Four games are making their way to the Electronic Entertainment Expo with a variety of gameplay to come from each.

“Build, customize and maintain your settlement, manage your resources, encounter a variety of alien life forms and look after your citizens – all while dealing with the challenges of life in an entirely new solar system. Will your plucky settlers survive and prosper on this exotic alien world, and uncover its many secrets?”

Key features include a dedicated mission objective system providing a campaign inviting novice and experienced players to create their own life on Aven Prime, a personal ranking system giving colonizers the chance to climb through the ranks, and a sandbox mode where you can mess around and customize your own gameplay experience.

“Genesis Alpha One is a revolutionary mix of roguelike shooter, base building and survival that puts you in the role of an interstellar pioneer.

In a near future ravaged by wars; corrupt regimes and global capitalism left unchecked have resulted in natural resource over-exploitation and pollution devastating the planet. Societies are collapsing. Supported by Earth’s remaining governments, four influential corporations initiate the Genesis program.

As the Captain of a Genesis starship, you journey into uncharted space on the ultimate mission. Build and manage a space vessel, farm resources, deal with terrifying alien infestations, clone creatures and explore a vast, randomly generated universe.”

“In a first for the series, The Escapists 2 offers drop-in/drop-out play offering split screen and online play for up to four players in both co-op and versus modes!

The Escapists 2 will feature brand new ways to escape from our upgraded multi-level prisons, more items than ever before and a new crafting system, there is so many more ways to make a break for freedom!

Featuring a revamped combat system, you can now lock onto your targets, block, and perform both light and heavy attacks.

An all new graphics style immerses players in a deeper, richer world whilst still staying true to the unique art style of The Escapists.

Character customisation will let you choose your avatar’s whole look, including the option to play as either a male or female inmate! From ponytails to a shaved head, the choice is yours…”

“Say hello to Yoku the Dung Beetle, a new hero who has arrived on Mokumana Island to relieve the resident pterodactyl postmaster, or Posterodactyl, as he’s known, of his duties.

He’s ready for the easy life, soaking up the sun and delivering parcels on a tropical paradise! However, Yoku will quickly discover that an ancient Island deity is trapped in a restless sleep, and a host of colourful, quirky islanders are plagued by quakes and storms brought forth by its nightmares.

It’s all down to Yoku to traverse the island using a unique blend of pinball mechanics and open world exploration, in an amazing quest to help those in need!

Flip and bump our pint-sized protagonist around the stunning hand-painted island on your quest to rebuild the post-office, discover the mystery of the Fruit Altar, and wake an old god from its deep slumber.”

More info on Team17’s games including a gallery of screenshots and trailers are uploaded onto their website.