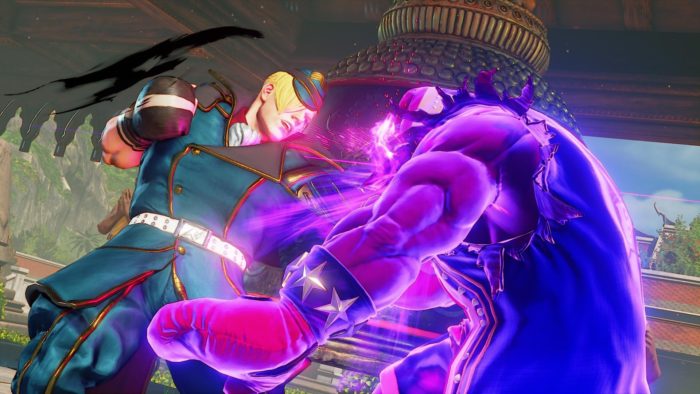 Capcom has just released a Street Fighter V gameplay music video of sorts that gives us our first look at the game’s newest character, Ed. For Street Fighter fans, this isn’t the first time meeting the muscular blondie but it is the first time he will appear as a playable character with a brand new costume that serves as a visual reminder of why he’ll likely be a problem in the ring. He’s essentially a combination of Balrog and M. Bison and boy, does he have the moves to prove it.

As the brief voice overs in the trailer suggest, Ed was trained by Street Fighter’s ruthless boxing champ but he was also the subject of experiments led by M. Bison. What it all means is that Street Fighter’s new character has the jabs of Balrog, the Psycho Power of M. Bison and the right mind to introduce more kicks into his fighting style than either of them. If you want it in terms any simpler than that, Ed could very well be a serious problem once you allow him to close the gap between you and him. Unfortunately for his opponents, that’s a feat that will be relatively easy for him to do since his V skill will snatch enemies towards him. In the event that doesn’t work, his V trigger is also perfect for applying some serious pressure as it launches a ball of energy that travels slowly forwards. It’s very similar to the types of moves we’ve seen from characters like Laura, who don’t excel when it comes to range but can easily use such moves to get into closer range and dominate their opponent.

Of course, the kit is only as good as the hands it falls into but any player with a solid understand of Street Fighter basics may be able to easily put pressure on their opponents with a character like Ed. The fighting game community will have only four days to get an initial feel for the newcomer as he will be available May 11 – 14 during the Capcom Fighters Network Beta. Capcom has yet to confirm when Ed will become a permanent member of the Street Fighter V roster but he will be included in the Season 2 Character Pass.