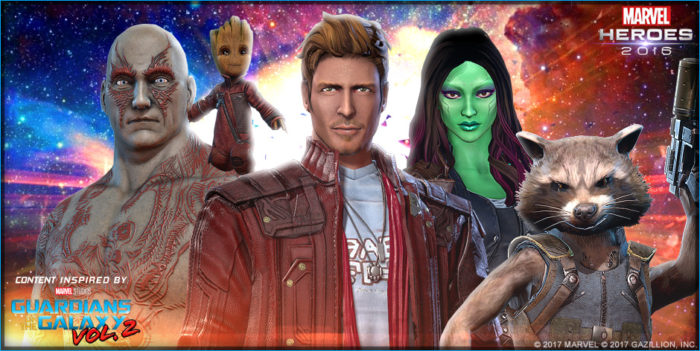 Marvel’s Guardians of the Galaxy vol. 2 came out earlier this week on May 5. To commemorate the film’s release, Marvel Heroes 2016/Omega is celebrating with brand new content. Unfortunately, a lot of the content is exclusive to Marvel Heroes 2016, the PC version of the game. Marvel Heroes Omega, currently in closed beta for PlayStation 4, will be having an account wipe before the game goes live.

Marvel Heroes 2016 can be downloaded and played for free on PC, while those interested in a console release can either buy a founder’s pack on the PlayStation Store or keep an eye out for the multiple key raffles the Gazillion has going on. An Xbox One release will be coming at a later time.