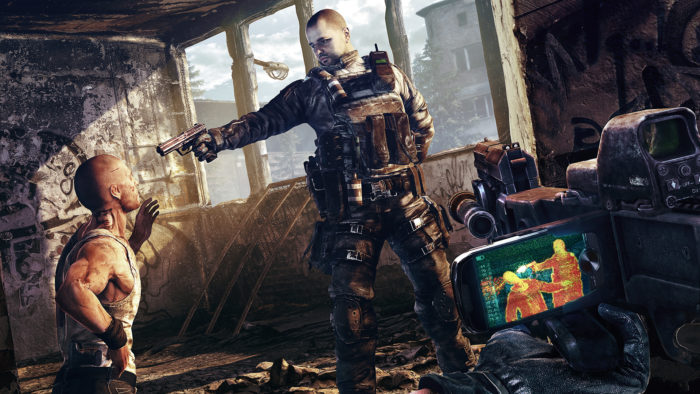 Bandai Namco had already released three other videos to show off just how terrifying their upcoming psychological thriller Get Even would be but their fourth video just might take the cake—or the tea. It’s seriously so eerie that even watching it makes you second guess if you’ll be brave enough to pick up a controller and allow yourself to be dropped in the middle of a world like this. This time around a short trailer shows players making their way down a dirty, decrepit dimly lit asylum with your usual “this can’t go well” music coming from one of the rooms. Instead of turning around, running for dear life and swearing to never return to this place again, the unseen character takes curious steps forward in an attempt to investigate the situation. Great idea.

It isn’t clear who the character in the video is just yet. While the game’s protagonist is a man by the name of Cole Black, the voice that questions the crazed tea party guest sounds like a woman’s voice.

Whoever this is, they eventually stumble upon an eclectic man having a tea party and mindlessly ranting and raving about the festivities that are about to begin. That’s when things go downhill. The strange man claims that there will be a party for the “puppet man” and, well, that’s about all it took for this to turn into a tea party so frightening that it makes the Mad Hatter’s gathering look like a delightful afternoon of tea with the queen.

Check it out for yourself below and just cross your fingers in hopes that that tea party theme song doesn’t pop up in your dreams.

Comments
Continue Reading
Related Topics:bandai namco, get even, Get Even trailer, horror games