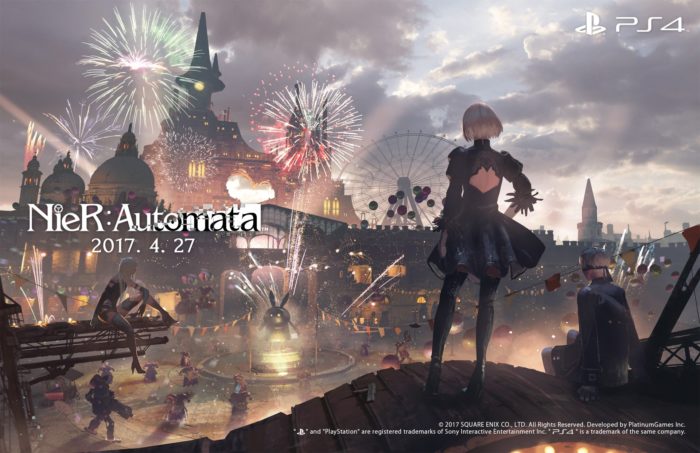 NieR: Automata has been enjoying quite a bit of success since its official release in March. The game topped a million units sold in the west, and it surpassed 500,000 copies sold in Japan and Asia, both retail and digital versions. It’s been a pretty successful game for Square Enix and Yoko Taro, especially considering how the first NieR and the Drakengard series have only ever enjoyed cult followings.

To commemorate the milestone, the official NieR Twitter account has released a new piece of artwork. The artwork features 2B, 9S, and A2 looking over the game’s Amusement Park area as a bunch of machines celebrate on the ground level. The Amusement Park was one of the most colorful and memorable set pieces from the game, so it’s no surprise that they chose to show off this particular stage.

The game will also be getting its first piece of DLC in May. The DLC pack includes a new battle arena where you get to fight the CEOs of Square Enix and Platinum Games, along with costumes for the three main characters.

NieR: Automata is now available on PS4 and PC.