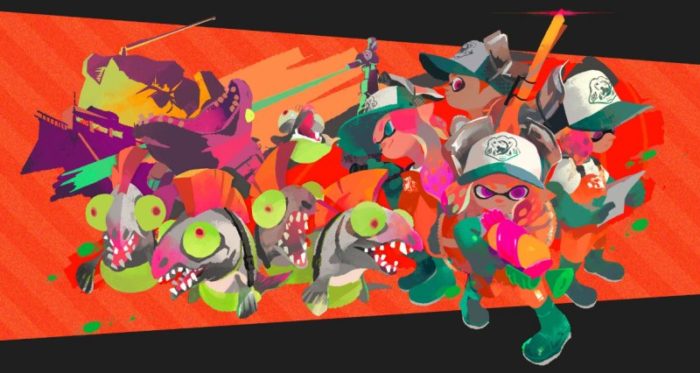 Nintendo’s latest Direct ended with one of the Switch’s most awaited titles, Splatoon 2. A brand new mode was announced, and boy does it looks crazy. Salmon Run pits a group of players in something of a horde mode, where they take on waves of crazy Salmon-like creatures.

Although it is a kind of horde mode, the ultimate goal of Salmon Run looks to be collecting Gold Orbs dropped by the creatures to return to some kind of storage area. Your inklings are also dressed up in new outfits during the mode, with galoshes and everything. This is the first time Splatoon has had any kind of co-op mode with players facing AI enemies, instead of players just squaring off against each other. More details about Salmon Run will be made available leading up to release. We’ll update this article with the trailer, as soon as it’s made available.

Splatoon 2 will be out on July 21 exclusively for the Nintendo Switch, along with a set of three new amiibo as well. What do you think of Splatoon 2’s new co-op mode? Are you planning on picking up the game for Switch? Let us know down in the comments.