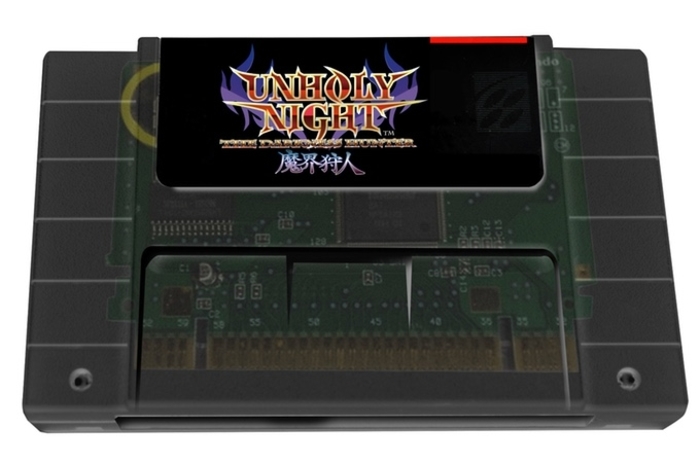 Unholy Night: The Darkness Hunter is the first new Super Nintendo 2D fighting game that we’ve seen in decades. Developed by ex-SNK employees who had previously worked on the Samurai Shodown and The King of Fighters series, Unholy Night had only obtained $23,000 of its $52,500 Kickstarter that the team had launched earlier this year. Blazepro assured fans via Kickstarter that the game would still continue being developed and eventually released:

“There were some obstacles we faced in giving stretch goals and additional merchandise which would have made this very successful. With so many parties involved, it did play a role in what we could or couldn’t do in this kickstarter! We have learned a lot from this campaign, and it would be amazing if we would get in a flow of funding to reach our goal in the last 60 hours! The game will continue to develop, and we will be back with some other campaigns in the future. This is not the last you will see of Unholy Night!!”

Unholy Night: The Darkness Hunter’s story revolves around a group of monster hunters who have dedicated their lives to exterminating vampires, werewolves, and other creatures of the night. There are six unique fighters to choose from that will remind people of past SNK fighting titles.

Unholy Night: The Darkness Hunter launches on June 19 for the SNES. You can pre-order the game off of Amazon for the price tag of $49.99.