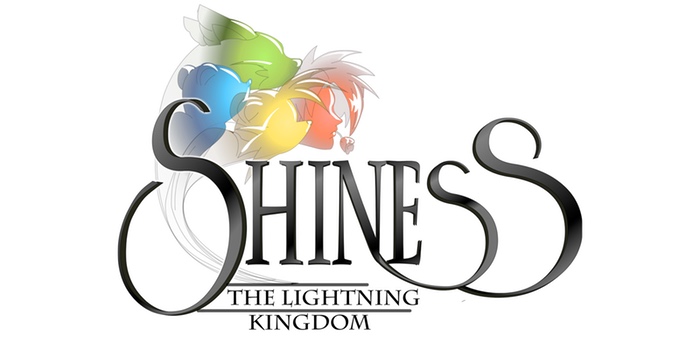 Shiness: The Lightning Kingdom on PS4

In recent years ,the idea of a traditional RPG has evolved and matured. As the public became more self-aware in what they like and respond well to in games, RPGs began to take on more serious and darker tones with an emphasis on exploration and an open world. But in yearning for a lighter time filled with experimentation and cringe-worthy cheesy dialogue, Shiness: The Lightning Kingdom was born. Shiness takes many of the things people loved about early 2000s RPGs and mixes in some modern twists for a game that can be both intensely fun and furiously aggravating at the same time.

Shiness: The Lightning Kingdom takes place on Mahera, a planet where even tiny, chubby teddy bear engineers know a surprising amount of martial arts. Our main character is Chado, a young martial artist from race of bear-like people known as Waki. Chado and his engineer friend, Poky,crash land on Gendys Island during their search for magical lands that are said to contain the power of life. Through a series of slapstick-style mishaps, Chado and Poky get caught up in the middle of a war where they befriend foes and seek to take down sources of Dark Shi.

The story for Shiness is well told and very fleshed out. The multiple races, Waki, Human, and Shelk, are all given not only backstories that give life to the world of Mahera, but also characters that help to define their individual cultures and ideals. While the main story does maintain a darker sense through themes like familial betrayal and racism, the way it is presented is incredibly light using humor or general campiness to mask much of the more serious moments. Although it does work for the overall nature of the game, it would have been nice to see the seriousness and levity balanced a little better so as not to override one with the other. Unfortunately, the general lack of voice acting and very static character models during cut scenes, can make for some boring storytelling at times especially when the brief moments of voicing is very well done and adds life to the various main characters.

The environments for Shiness, while pretty heavily skewed toward forest-like areas, are expansive and filled with interesting things to find. The visuals aren’t anything to write home about, but the art style and presentation of each map does a great job of feeling unique and the music is pretty exceptional while maintaining the nostalgia of sounding like an old-school RPG. Each character also has different out of combat abilities which allow you to interact with the environment in order to solve puzzles and discover new areas. For example, Poky can use his wrench to connect elemental energies of crystals by drawing lines to one another and Kayenne can use his telekinesis to lift up blocks or push boxes out of the way. The puzzles are very well designed also as each character will be necessary and in many cases, more than one will be needed to solve a single puzzle.

The real strength in Shiness: The Lightning Kingdom comes from its wildly different battle system which, in many ways, feels more like a fighting game than a standard action RPG. All battles are treated as 1-on-1 arena fights that use a circular field wherein both characters can run around the designated area at will. The fights are also combo input based, meaning your characters punches are mapped to square and kicks to triangle, so victory will require a blend of attacks as they each have different recovery time and speeds. Each character also has access to different disciplines which bestows powerful physical abilities. For example, by pressing punch twice followed by R2 on Chado, he will use a strong knockback attack which not only allows the player to distance themselves for a breather or Shi channeling, but also has further range and more damage than a standard punch. However, to use special abilities you have to spend a resource that essentially acts like a fighting game super meter, so you need to be careful about spamming attacks.

The super meter is important for more than just abilities as well. Pressing triangle will expend 1 meter, but it also allows your active character to parry which when timed right stops an enemy’s combo and opens them up for a combo of your own. Parrying is your primary tool for escaping massive damage combos so its incredibly vital that super is spent wisely. When sitting at a full bar of super, you also have the ability to use a character’s hyper attack. This will use all your meter and cause you to do a series of character-specific timed inputs that when done correctly will either come very close to or 1-shot any standard enemy and deal huge damage to bosses.

The other combat resource in Shiness: The Lightning Kingdom is a very different form of magic known as Shi. Every character is aligned to a specific element, but they all channel four types of basic Shi: fire, water, earth, and wind. Depending on which magic is cast it will consume a certain amount of the corresponding elemental Shi. Shi can be gathered in battle by charging you’re character, but it will leave you very vulnerable and open to attack. There aren’t a wide array of different types of spells, however the ones they do have can be very potent. Each element has a spell dedicated to self-healing and protection from specific elemental-damage, but the elements do slightly vary from type to type such as earth focusing on stunning or controlling the opponent.

Combat becomes even more dynamic and complex when support moves are thrown in the mix. Because this is a 1-on-1 arena-style battle system, there is only a single active character at any given time, however you may have three characters in your party. These characters can be swapped between mid-combat in order to gain elemental advantage or use certain special abilities, but they can also be equip with three support moves each. These support moves provide strong buffs to your active character under special circumstances, like gaining increased magic when the field is water-tuned or healing the active character when their health falls below 50%.

There are so many moving parts when it comes to combat mechanics in Shiness and the parts move astonishingly well. Unfortunately it isn’t always perfect. The controls can be very stiff which causes combos to be dropped due to lost inputs. Dodge-rolling was also very difficult to do in combat as sometimes it just didn’t work, which forced me to rely very heavily on parrying which felt like I was hindering myself through how much super I was wasting. It should be noted as well that Shiness can be extremely challenging. It can be so frustratingly hard that a single standard enemy can almost take out a full character with a single combo. So to have button inputs not function properly in a game with very tight timing can be pretty aggravating. This isn’t to say combat is always that rough, because it wasn’t and most of the time it functioned extremely well. But it did break regularly enough to send me into vexation. And for all the difficult enemies or bosses, none come anywhere close to the dreaded tall grass or bushes that get trapped in the battle arena. Due to the wonky nature of the camera, it wasn’t wildly uncommon to be zoomed in very close to your character and when that character is standing in a bush you end up completely blind. You can attempt to fix the camera and default it to the center of the arena, which does work, but you still have a chance to be place right back into the same obnoxious angle again.

Through it all though, the battle system in Shiness: The Lightning Kingdom is overall both brilliant and fresh. And setting up outside of battle can be just as much fun as there are tons of stats for each character and tons of items to boost each of those stats. I found myself playing around with various possible builds and attempting to mix up the playstyles for each of my characters and was very successful. It also helps that characters learn new abilities and magic from equipable scrolls that can be found by completing main story quests, side quests, hunts, or even as standard drops off enemies. There are also very few chests in Shiness and more often than not they contain either skill scrolls or powerful equipment making it a joy to search the area and solve puzzles for them.

Shiness: The Lightning Kingdom is a rare gem that captures the feeling of early PS2-era RPGs such as Dark Cloud and Grandia II while bringing it’s own brand of modern to the table. The game certainly isn’t perfect and the technical cracks most definitely show, but the things it tries to do well, it succeeds. Shiness’s combat is some of the most fun I’ve had with battle systems in a very long time and the feeling of laughing at poorly delivered jokes is something that will always work for me. Shiness is a game that would have seen big popularity if it had come out on the PS2. It’s for the crowd that desires a return to those old days only if for 40 or so hours and, unfortunately, I don’t see it landing much with anyone else.