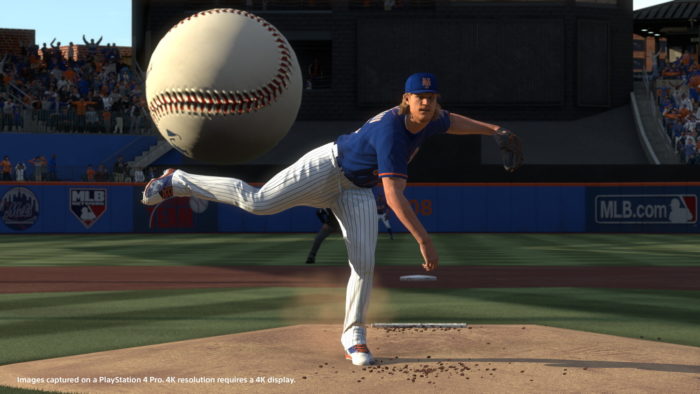 Step 1: Just Play and Grind Out a Nest Egg

In may seem tempting to spend your Stubs as soon as you get enough to get what you want. Whether it be a pack, a player, training, or a desperation sub to replace someone on your Diamond Dynasty team that you started with that is terrible. However, the best thing really is just to play and save.

Enjoy the game, play some online games or whatever suits your fancy, but just hang onto your Stubs for a while. Don’t stress the wins and losses too much or that it’s taking you a while to get called up if you’re playing Road to the Show. Honestly, being better at the game matters more than player statistics anyway, so just work on your craft.

In addition to getting Stubs, you’ll naturally receive benefits such as training points, and new cards for your Diamond Dynasty team. Wasting a couple hundred Stubs on a replacement player that you could have picked up after a game or something is no good. Just hang tight and hold onto them for a while as having a big bank of them will serve you well later on.

Barring some kind of amazing specialty pack that gets released down the road that will guarantee you some kind of high quality player that you need, buying packs is almost always a waste of your Stubs. Yes, there are times that you, or someone that you play with, will pull an amazing card from a pack. I happened to get a Bryce Harper card out of one of mine last year, and yeah you’re going to be in awesome shape if that happens.

However, buying packs is like playing at a casino. More often than not, the house is going to win, and you’re going to be disappointed with what you got. Don’t rely on luck, save and invest your Stubs instead. A strategy we’re going to go way more in depth on in the next tip.

Step 3: Study the Community Market Board and Discover Trends

Like the last tip said, don’t gamble away your Stubs. If you’re serious about playing Diamond Dynasty for a while and really building up your team for the long haul, you’re going to want to get well acquainted with MLB The Show 17’s community market board.

If you’re never played Diamond Dynasty, or MLB The Show before, the community market board might seem confusing or intimidating. However your best friends are going to the filters. Utilizing the filters effectively is how you’re going to learn to become a masters wheeler and dealer.

Whenever you log in to play, visit the market board and play close attention to the various prices of players you either A: have your eye on, or B: notice are very popular and in high demand, and also C: every player you own that you’re able to sell. Hell, if you’re really serious, take some notes.

The prices are going to fluctuate, and you want to be able to identify when something is selling below, or above it’s usual market value. So if you see a player you really want, or a highly coveted card that you would eventually just flip selling for much lower than it usually is, grab it right away. Either keep it if you want, or flip it for more, but take advantage of that change in price.

I’m personally a fan of shipping highly coveted expensive players out to fill multiple needs in other positions, but having a big bat, or an ace in your lineup/rotation always helps.

The key though is to be as savvy as possible. Bigger name are going to be higher in demand, try to sell those guys and instead, fill your roster with lesser known, but equally as effective players. Try not to get attached to any overpriced cards if you’re trying to get Stubs quick, it’s only going to hurt you in the long run.

Step 4: Be Patient, Hustle, and Predict

The last tip we have for our guide on how to get Stubs fast in MLB The Show 17 is to take advantage of buying and selling orders and just being patient overall when it comes to shopping around your cards. Don’t just impulsively buy everything that you want just because you have the money for it.

If you find a card that you want to buy, first try to set up a buy order for even cheaper than you’re seeing on the market. There are a ton of impatient people that would rather sell it to you for less and get the Stubs they want/need now, than wait around for a better deal. As long as you’re not completely insane with your demands, you can probably get what you want if you just wait.

Finally, if you’re paying attention to the actual MLB season you can use that knowledge to your advantage too. Try to pick up hidden gems/players you think will become popular as the season progresses. Gary Sanchez for example, if he becomes a star this year, could be a great pick up. These players’ value will increase as the season goes on and you get try to flip them later. Try and see who had a solid spring training and pick them up now before they become more in demand if they break out during the regular season.