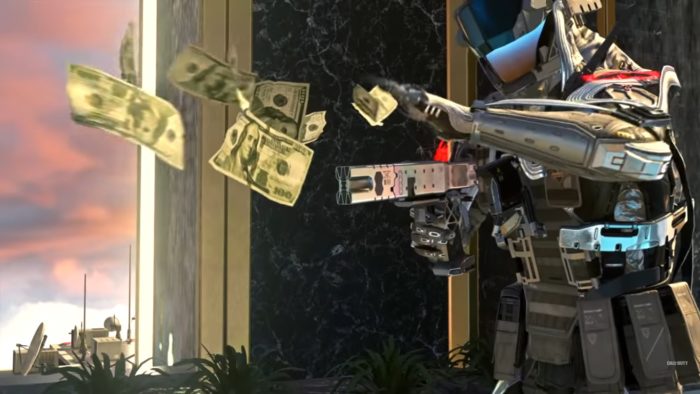 The second map pack for Infinity Ward’s Call of Duty: Infinite Warfare, titled Continuum, finally has a release date for PS4 players. You can expect it to arrive next week on the 18th, and as with all map packs, you’ll get a quartet of new maps that you can kill your enemies in. The new maps–Archive, Scrap, Excess, and Turista–all focus on range, verticality, and close quarters. If you remember the Modern Warfare 2 map Rust, you’ll be pleased to hear that Scrap is a sci-fi revival of that particular map.

Along with the new maps, Continuum adds four new Combat Rigs for Infinite Warfare players to sink their teeth into: Run & Gun, Sniper, Stealth, and Heavy. R&G nets you a drone that you can deploy, along with the ability to run and reload, plus you can make it rain while you’re out on the battlefield. (Yes, seriously.) The sniper class is exactly how it sounds, plus the ability to use magnetized boots to hang upside down off surfaces. Stealth gives you a wicked knife to do some stealth kills with, and the Heavy has a powerful cannon that’ll turn you to dust.

If you play Infinite Warfare on Xbox One or PC, you’ll have to wait about a month for Continuum to hit your system. Dat console exclusivity, y’all.