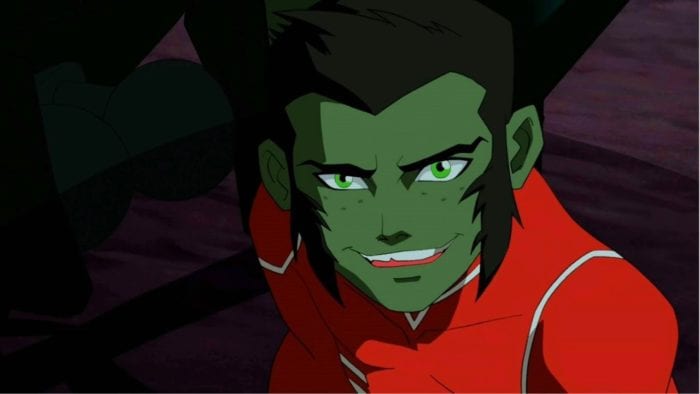 Earlier today, we reported that DC announced a live action TV series based on the young adult superhero team, the Titans. At the time, we knew that Dick Grayson, Starfire, and Raven would be a part of the cast, and that was all that was revealed. Now, Chief Creative Officer Geoff Johns has confirmed the green shapeshifter Beast Boy will be a part of the lineup as well.

Yes!! Very happy to be writing the Titans again and working with this crew! Extremely excited. Will be something very different… #BeastBoyhttps://t.co/D4sl3Gip7y

Beast Boy is one of the founding members of the Titans across typically all incarnations of the superhero team. Real name Garfield Logan, he contracted an illness at a young age, and his parents created a cure that left him with the ability to morph into any animal. (Sometimes he can do this just naturally, other times, he needs to make physical contact with the animal in some capacity in order to shift into it.) Aside from the Teen Titans cartoons, his most recent animated appearances include the DC DVD films (most notably, the Judas Contract animated film) and Young Justice, wherein he was a supporting character. We think the green teen is pretty cool, and in fact, figured he would be perfect to join the cast of Injustice 2.