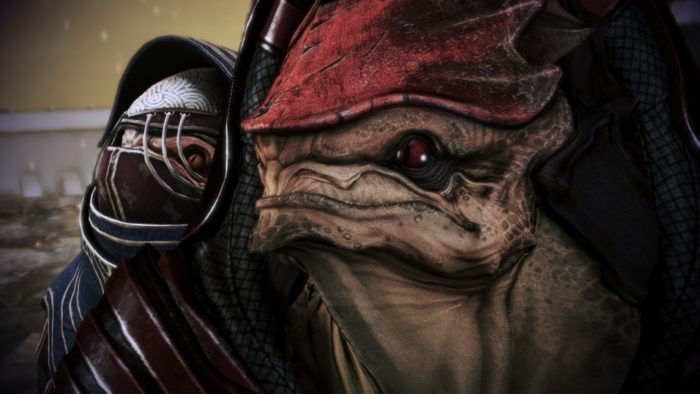 Remember the Genophage? That plague that was created by the Salarians to drastically reduce the numbers of the Krogan race in the Mass Effect Universe, effectively driving them to the brink of extinction? Well apparently it still exists in Mass Effect: Andromeda, or at least it will still play a role in the game.

For those who may not be aware, the Genophage plays a massive role in shaping the characteristics and nature of the Krogans in the original Mass Effect Trilogy, and the player’s personal views on the matter can also affect their standing with some crew members in the series. In fact, during the events of Mass Effect 3, the player even has the option to either cure the mutation, or let it persist.

In case you missed it, the genophage is still a factor in #MEAndromeda and there will be a "resolution". But approached differently here.

And further playing into the fact that your choices from the original trilogy will not carry over to Mass Effect: Andromeda, it seems that there will be a completely different approach for dealing with it this time around.

This little tidbit of information was revealed today during the Mass Effect: Andromeda panel at PAX EAST 2017, where BioWare also provided players with a number of other details about the game. We also got a look at crew loyalty missions, and an extended gameplay demo.