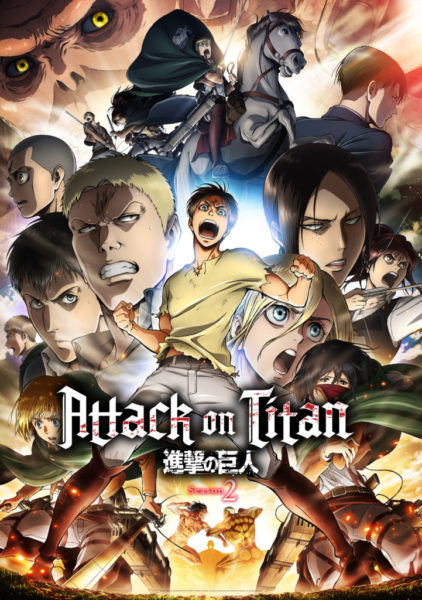 After four long years of waiting, season 2 of Attack on Titan will be premiering on April 1, 2017. The titans are back and it seems that Eren and the gang are in for even more trouble.

Funimation have given us the confirmation that in less than 2 months, you’ll be able to watch the first episode. Hopefully this is not a cruel, mean-spirited April Fools prank for the fans of the drama packed anime. If you’ve never watched Attack on Titan, here’s a quick synopsis for you given by Funimation’s blog.

“Eren Jaeger swore to wipe out every last Titan, but in a battle for his life he wound up becoming the thing he hates most. With his new powers, he fights for humanity’s freedom facing the monsters that threaten his home. After a bittersweet victory against the Female Titan, Eren finds no time to rest—a horde of Titans is approaching Wall Rose and the battle for humanity continues!”

Attack on Titan season 2 premieres on April 1. The anime has garnered so much popularity that the series has spawned multiple video games, a live-action movie, and even a spin-off anime titled Attack on Titan: Junior High.

Are you excited for the second season to premiere in April? First time you’ll be watching the show? Let us know down in the comments.