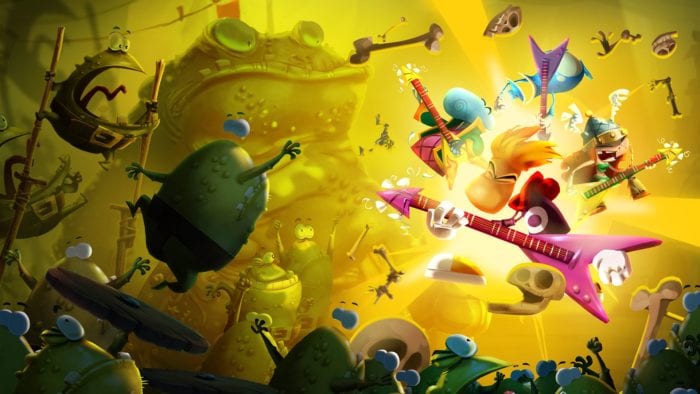 When the Nintendo Switch was announced and games were revealed, one of them was Ubisoft’s Rayman Legends. In a video interview with creative director (and creator of the titular character) Michel Ansel, he explained why the 2013 title is making its way to Nintendo’s new console. To him, Nintendo and the no-limbed character are like a love story: Legends is akin to a board game that friends will be playing with next to each other, something the Switch is perfect for.

“The colorful universe and the Rayman spirit go perfectly with Nintendo’s spirit,” Ansel says. To go along with that, Ubisoft is preparing “several surprises” for the Nintendo Switch version of Rayman Legends. In fact, he says to think of it as the “ultimate edition.” While he didn’t say what all of them would be, they all seem to be geared towards multiplayer. A new Kung Foot mode was shown, wherein four players go against each other in soccer. More multiplayer modes will be revealed in the future.

Rayman Legends is “coming soon” to the Nintendo Switch, which releases on Mar. 3.