Combat Is Automatic, Focus on Switching and Combos

While playing One Piece: Thousand Storm, you’ll notice that your characters will fight automatically once they get near an enemy. That means when it comes to just fighting, you don’t have to do anything but watch. But, you can make things more beneficial for you by using strategic switches and special abilities.

Switching can knock back enemies, so using it while surrounded will give you a leg up on the opposition. Special abilities, on the other hand, are powerful attacks that can decimate foes. You can keep an eye on what’s going on during the battle and strategize which abilities and character you think will best fit that situation.

It can be tempting to use Fever once you have it charged up, as it restores your health, makes your attacks strong, and halves the requirement for special attacks. However, it takes a while to charge up, and wasting it prematurely can put yourself and your team at a disadvantage.

Instead, you should save it for when you’re facing off against a quest’s boss. These tend to be much more powerful enemies, so being able to up your damage output will definitely help when vying for success. Alternatively, if you’re on a quest that is longer than most (more than four areas), you can pull off your Fever twice, if you manage to get it charged early on. However, that probably won’t happen until you progress quite a bit. So until then, save it for the end.

One Piece: Thousand Storm can be enjoyed as a multi-player experience, and there are some benefits for playing with others that will help you level up faster while earning rewards. While selecting a quest, you will have the option of playing solo or in a group — you’re going to want to choose group.

If you’re the quest leader, you’ll get an extra reward at the end of the mission automatically, and it can even come in the form of a powerful Scene Card or something else that’s useful. As a guest, you expend no stamina, so you get free EXP, Beli, and whatever else you find.

Make Sure to Level Up Your Characters 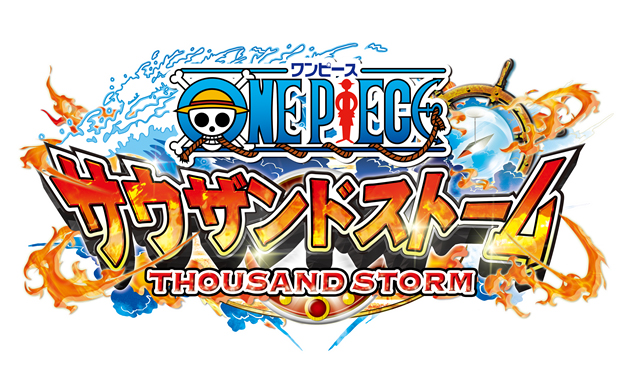 As you complete quests in One Piece: Thousand Storm, you’ll earn Medals. These medals each have a specific hero’s face on them, which means they can be used to either unlock that character, or level up that character. Early on, you’ll only get medals for the characters you start out with, which is a good thing. This allows you to level them up, which increases their stats and lets you equip more Scene Cards.

Scene Cards can also increase your stats, but they also are the items that provide you with special abilities such as buffs or devastating attacks. You’ll need these if you hope to take down later challenges such as powerful marines or large hordes of pirates.

Daily Quests are simple objectives that you can do once per day that reward either Beli (One Piece: Thousand Storm’s currency), or Scene Cards which can boost your power tremendously. There’s honestly no reason not to do these, as you’re going to be embarking on quests anyway, and you may as well get some rewards while you’re at it.

Only Use Food or Matching Scene Cards to Level them Up

You’ll be able to level up your Scene Cards in One Piece: Thousand Storm as well. This can be done by equipping them to a character then using that character, or by combining them with other cards. The cards you can combine them with include Food Cards as well as other regular Scene Cards.

While all cards will give some EXP, you don’t want to waste your hard-earned Beli on mismatched cards since they’ll barely provide any progress. Food Cards give the most experience, and matching cards have the chance to provide enhancements to the card. That makes them both well worth the effort, and will keep you in top fighting form.

These tips will help you get your feet wet as you work to level up and build your pirate legacy in One Piece: Thousand Storm