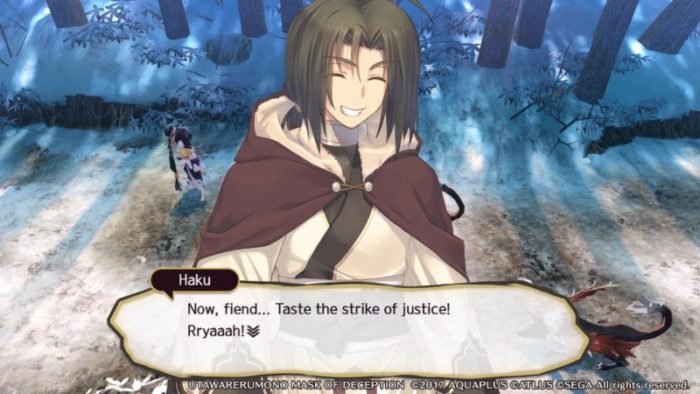 Mask of Deception follows the story of Haku, a mysterious amnesiac who awakens in an unfamiliar and hostile wilderness. However, he’s rescued by a beautiful girl named Kuon, who sports both adorable animal ears and a beastlike tail. They eventually team up, and Haku will (reluctantly) encounter colorful characters (yes, that means more animal people), build deep relationships, battle ruthless enemies, and find himself inexorably dragged into the political machinations of the mighty nation of Yamato.

The game features SRPG combat, coupled with a memorable soundtrack and beautiful artwork. Both games are set to be released for the PS4 and PS Vita. We’ll keep you updated as more concrete details about the games’ release dates come our way.