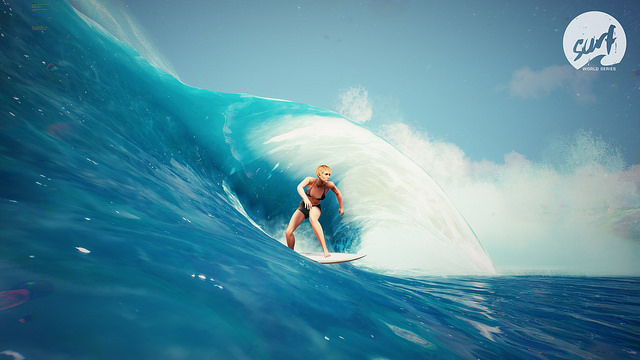 “We’re bringing together 5 of the world’s most infamous surfing destinations, including Bells Beach, Australia and Waimea Bay, Hawaii, combining them with a unique selection of original tricks and gear – arcade style. Surf World Series is all about honing and testing your skills against 45 single player challenges designed to push you to the limit, and carving up the competition in online tournaments against up to 15 other surfers across three multiplayer modes,” the game’s producer Jamie Fisher wrote in the blog post. They have attempted to create waves that act as realistically as possible to provide an excellent surfing experience. For more information on the game, see the full PlayStation Blog post.

Surf World Series will be coming to Xbox One, PlayStation 4, and PC sometime in 2017.