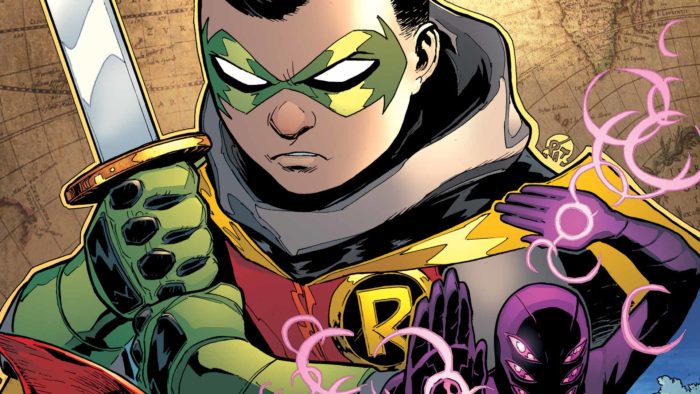 Back in 2013, WB Monreal released Batman: Arkham Origins, a prequel game that told the story of the Dark Knight as he met the Joker on Christmas day. The ending of the game indicated that the studio had their eyes towards a game based on the Suicide Squad, and even the animated Assault on Arkham film seemed to give some hints toward this as well. But according to Kotaku, that game–which was never announced–has been shelved for a new game, said to focus on Batman’s son, Damian Wayne.

The Suicide Squad game was supposedly intended to be a co-op title that failed to impress Warner Bros. management at greenlight. Instead, WB Montreal will now be making a game for the biological Son of Batman, who headlined his own solo series in 2015. In the comics, he’s currently the leader of the Teen Titans, and will be the lead in a second book, Super Sons (which co-stars Superman’s son Jon Kent), in February. Warner Bros. hasn’t responded regarding a possible Damian Wayne game, but once they do, we’ll let you know.