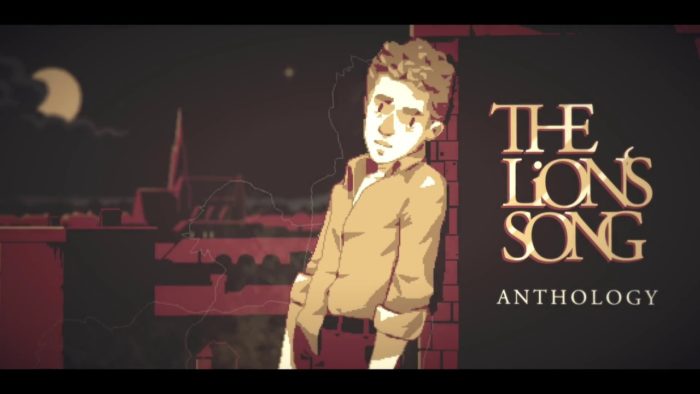 Back in July, I had the pleasure of writing a review for the inaugural chapter of Mi’pu’mi Games’ indie point-and-click, The Lion’s Song. After several months of work, the title is back with its second entry, Anthology. Following the story of a young artist, Franz Markert, this new narrative tells a tale that runs tangent to the prior look at the life of the violinist, Wilma. While these chapters are interwoven, each still stands alone as their own unique experience. 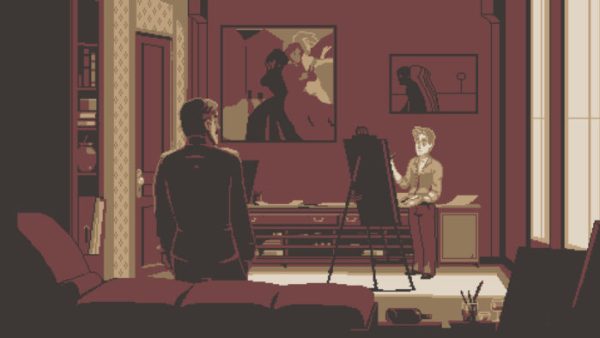 While the Lion’s Song’s initial entry was focused on a sense of solitude and seeking inspiration in the silence, Anthology is more a story of interactions. Franz, the grandson of well-known mountaineer Joseph Markert, is a gifted painter with a unique natural talent. Simply by observing others, he sees the layers that come together to form their true selves beneath the veneer of social airs; the price for this gift seems to come in the form of post-session blackouts that steal hours of his time.

In keeping with the flow of its prior entry, The Lion’s Song does a wonderful job of weaving player choices naturally into its unfolding story. Outside of a few decisions, the dialogue options feel more like a conversation than a menu selection. While the writing in Episode 1 was well-done, it feels as though it’s stepped up here, and though the story itself still feels largely linear, it’s easy to become invested in Franz’s emotional search for the spark of inspiration. 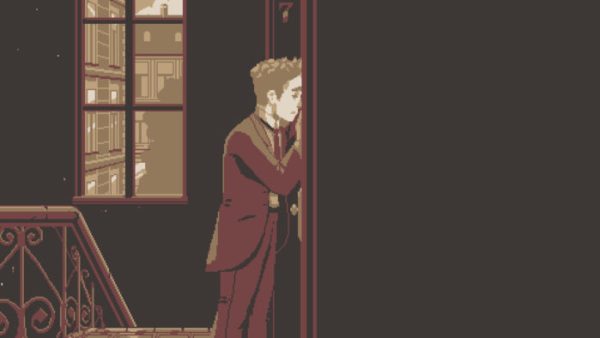 In addition to his struggles as an artist, Anthology spends a great deal on Franz’s inability to see himself the way he sees his subjects. While able to capture the raw emotions beneath their outward selves, the young artist struggles to see anything of real value beneath his own surface. At the suggestion of the elusive critic Grete Lawniczak, the troubled young man seeks answers from the Vienna’s resident psychoanalyst, Sigmund Freud.

On top of its dialogue-driven story, Anthology continues the excellent artistic and musical design of the game’s first outing. If anything, Mi’pu’mi builds on the previous foundation, and this feels like a more complete version of the same narrative style. By centering itself on uncovering the mind beneath its protagonist, the game creates a curious dichotomy between watching the young man struggle with his own identity while allowing players to shape that identity by their choices. 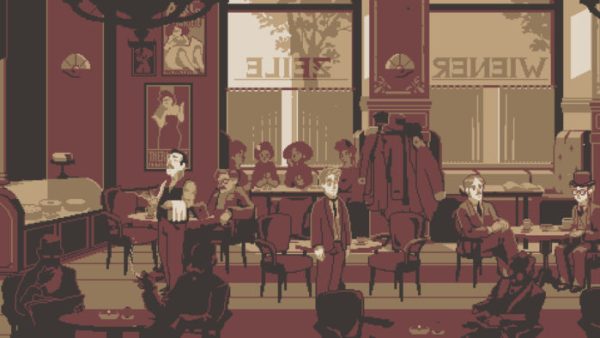 All together, Anthology does a masterful job of adding to the existing story without being caught up in what came before. The two pieces of the game’s whole are separate entities tied together by common threads, but capable of standing alone in their own right. With its special artistic approach, The Lion’s Song continues to be an interesting and engaging tale, and I look forward to seeing what the coming chapters bring. If you haven’t yet done so, you can grab individual chapters or a full season pass over on the Steam store; the $9.99 price for the pack is a definitely worthwhile investment if you’re looking for a calm yet emotional tale.