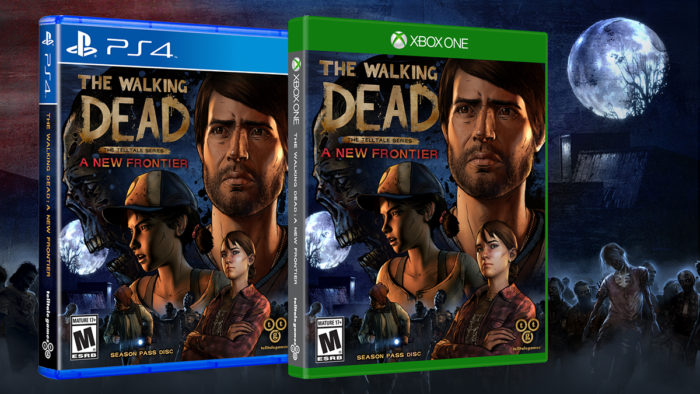 Telltale announced today that the third season of its Walking Dead series, A New Frontier, will release worldwide on Dec. 20.

A New Frontier will release digitally for PC, Xbox One, PlayStation 4, Xbox 360, PlayStation 3, iOS, and Android on Dec. 20. A physical-copy release will follow-up on Feb. 7, which includes access to the four future episodes of the season that will can be downloaded as they become available.

Both the digital and physical versions are currently available for pre-order with special bonus offerings. PS4 players who pre-order will receive a free copy of The Walking Dead: Season 2 as well as The Walking Dead: Michoone spin-off series. Additionally, Steam users can get a 10% discount on purchase when pre-ordering the season.

In a tweet announcing the release, some new art can be seen that will be the featured image on all boxes of the physical release. Here we see Clementine, much older than when players left her at the conclusion of Season 2, as well as an unfamiliar woman, unknown flash-light carrying boy, and what appears to be new character Javier with a but more stubble than when we first got a look at him during the Season reveal trailer at E3 2016.

How far will you go to protect your family?#TheWalkingDead: A New Frontier premieres December 20, 2016. pic.twitter.com/23HrgCztUf

A New Frontier is a continuation of the previous, critically-acclaimed seasons released in 2012 and and 2013-14. In this latest chapter, both Clementine and Javier will be playable characters.

If you’re desperate for more, Telltale has also announced that an exclusive extended first-look at gameplay will be featured on-stage at The Game Awards this Thursday Dec. 1. Make sure to tune in!