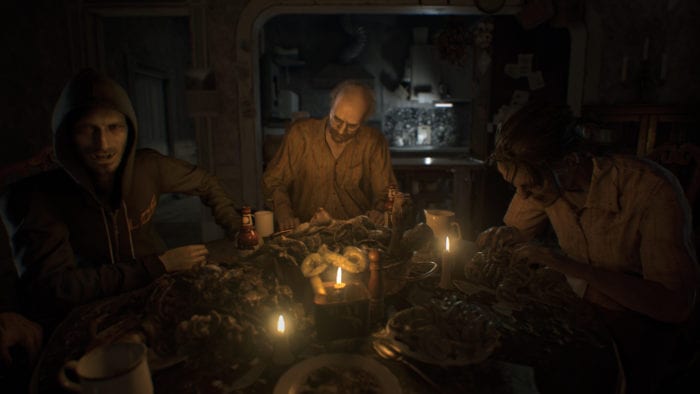 Resident Evil 7 looks like a little bit of a departure from the survival series we all know and love (or hate, depending on which entry you’re referring to, and who you’re talking to), but this latest entry is bringing back some classic gameplay mechanics from the first three games. First up, here’s a short video showing off how saving works in the game. Instead of typewriters, players will use voice recorders to save their game. Thankfully, we don’t need ink ribbons or batteries or whatever inane item in order to save. This means that players won’t accidentally screw themselves over by saving their game too often, and end up not being able to save if they run out of items near the end of the game.

This also means that there won’t be any checkpoints in the game, so saving is very important. Another cool detail that we saw from the video was that you can check your health and status by looking at the watch on the character’s left hand. In the video, the status is green, meaning that the character’s status is Fine. Looking pretty good so far,