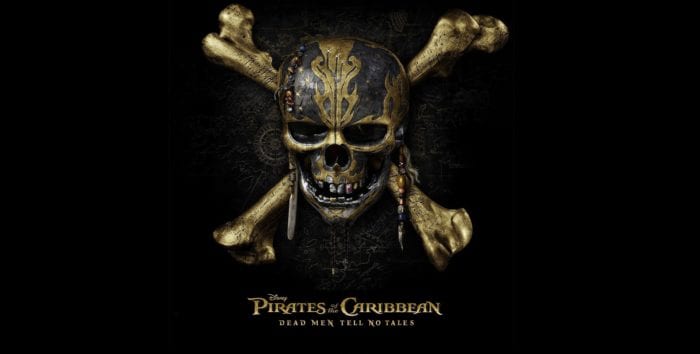 The first trailer for the upcoming Pirates of the Caribbean: Dead Men Tell No Tales has premiered during last night’s thrilling two-part finale to Fear the Walking Dead’s second season.

The teaser clocks in at just under two minutes, granting us a menacing first look at the movie’s new villain, Captain Salazar, who is played by the incredibly talented Javier Bardem, and his ghastly crew. Bardem has become a beloved actor for his involvement in No Country for Old Men and Skyfall, among many other movie projects.

Returning for this fifth installment in the Pirates of the Caribbean series are Johnny Depp as the iconic Captain Jack Sparrow, as well as Geoffrey Rush reprising his role as Captain Barbossa and Orlando Bloom coming back for the first time since 2007’s At World’s End as Will Turner, the new captain of the Flying Dutchman.

Pirates of the Caribbean: Dead Men Tell No Tales is the sequel to 2011’s On Stranger Tides, and is set to hit theaters somewhere in 2017. The project is being directed by Joachim Rønning and Espen Sandberg.