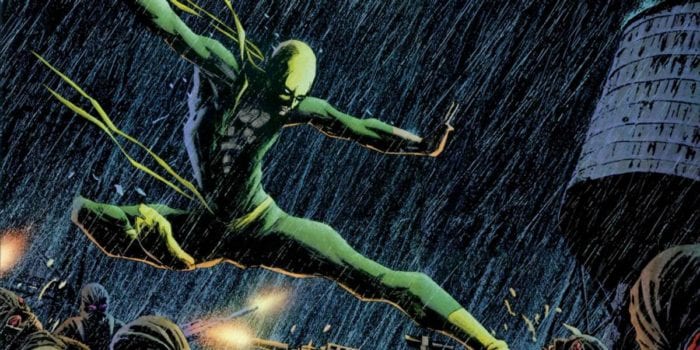 After Luke Cage took the world by storm this past weekend and shut down Netflix for a couple of hours, there’s only one hero left for Marvel to bring to the small screen: Iron Fist. Now, we’ve got a more concrete release date than the vague “early 2017” window, which is March 17, 2017.

Fist’s alter ego, Danny Rand (played by Finn Jones), is an heir to a billionaire who went missing as a child after a failed mountain climb killed his parents. Turns out that he survived and became a martial arts expert, punched a dragon’s heart (yeah, for real), and has basically a magic punch. The show will chronicle his return to New York and struggle to become the hero he’s meant to.

After Iron Fist’s show premieres in March, he’ll join up with Jessica Jones, Luke Cage, and Daredevil to form the Defenders and punch all the ninjas that are hiding out in New York. But that’s still a ways off from release.