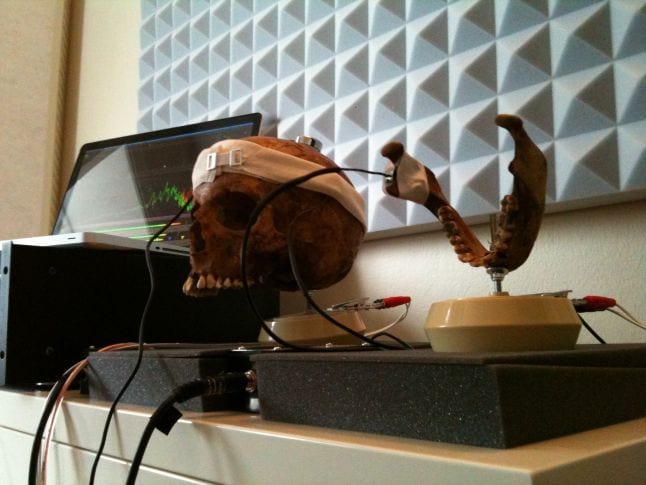 In one of the more bizarre and creepy stories of video game development, a human skull was apparently used to create the sounds of Playdead’s newest indie game, Inside. Martin Stig Andersen, the composer, sound designer and audio designer of Inside revealed in a recent Gamasutra article that the game’s audio was recorded through the skull itself, lending it a “creepy and cold” quality.

Andersen explains that he was inspired by the phenomenon of a human voice sounding different when spoken by a person than when the same person hears their voice from an external source. The sound of their voice resonates through their body, creating a a “more full” effect.

Andersen wanted to recapture this feeling with Inside, and ended up running his compositions through the skull. The vibrations the skull was subjected to eventually led to all of the skull’s teeth falling out. And no, he does not explain how he came to acquire the skull.

Inside was developed by Playdead of Limbo fame, and is now available on PC, Xbox One and PS4. Here’s what we thought about it.