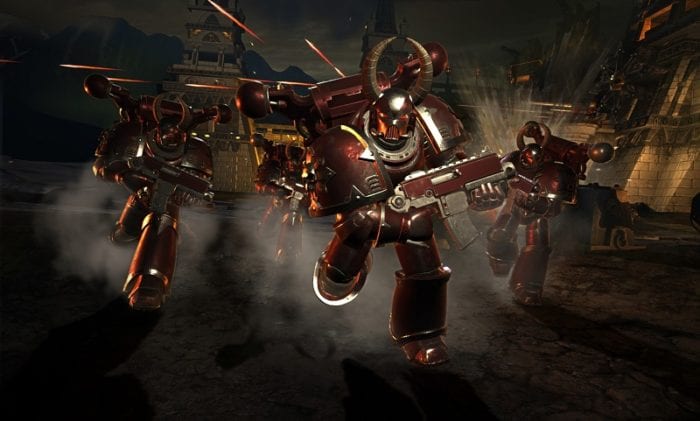 After spending the better part of 2016 in Early Access, Bandai Namco and Behaviour Interactive announced today that Warhammer 40K: Eternal Crusade has just officially launched on PC and is now fully playable on Steam. The MMO set in Games Workshop’s Warhammer 40K universe will also launch on Xbox One and PS4 at some point in the future, however, for now it seems like the developers are putting the console versions on pause in order to focus on the PC platform.

Warhammer: 40K: Eternal Crusade features four playable races at launch in the form of the Eldar, Space Marines, Orks, and Chaos Space Marines. Tyranids also are present in the game but they are not a playable race and rather, serve as the main antagonist for all the other races. In addition to the four major factions, players are also able to choose from one of five different sub-factions for each race when creating their characters, such as Blood Angels and Imperial Fists for the Space Marines or Bad Moons and Deathskulls for the Orks, to name just a few examples.

“It’s a monumental day for us to launch Warhammer 40,000: Eternal Crusade after over 3 years of development. Thanks to the strong support and feedback from our Founders and Early Access contributors we’re ready to share our game with everyone. But this launch is just another step on a long road of free expansions and new content for our players. The endless war for Arkhona is only just beginning!” said Stephen Mulroney, Senior Vice President Behaviour Digital.