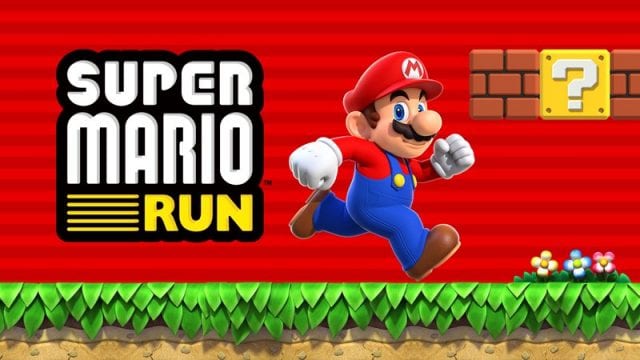 This year, Nintendo finally made their first forays into the world of mobile gaming: first with Miitomo, then with Pokemon Go and later this year with Super Mario Run. But is it a little too late for the giant developer to be trying their hand at mobile? Well, it very well could be.

At this point in mobile gaming, it seems like we’ve seen every type of game possible come to your phone, and both the App Store and Google Play Store are absolutely inundated with hundreds of thousands of titles. Of course, this has kind of saturated the market, and also led mobile games to be developed in very particular ways. You see, mobile games aren’t meant to be played for extended periods of time, they’re experiences you can take out of your phone here and there, and you might put down after about a month or so. With the exception of titles like Clash of Clans, there aren’t a ton of mobile games that have real staying power.

Even earlier this year, we saw people flock to Miitomo on the day it was released, eager to see Nintendo’s first game. Its combination of strange questions and crazy photos you can take hooked people, but lost a ton of its players after only a week or two. Herein lies the problem: even something innovative and new in the mobile space is still just a flash in the pan shortly after it launches.

New releases on the App Store get buried in category menus after a matter of days, because of a torrent of new titles. People want to move on to something new as well. As we play mobile games on the go to distract us while we’re waiting or commuting, we want something that’s going to feel fun and new and not something that feels all too familiar.

Pokemon Go does put up a bit of a case against all this, as it quickly became the biggest thing mobile had ever seen. It just proves one fact: that Nintendo brands hold real power. There are plenty of people who will download a Nintendo mobile game just because it’s Mario or Animal Crossing or Zelda, but there need to be real innovation behind these games for Nintendo to be successful. Take Super Mario Run for example, as being part of one of the most iconic video game series of all time. Sure people may pick it up because it’s Mario, but if the gameplay doesn’t do enough to distinguish itself from other “runner” games, there’s absolutely no reason for people to stick around.

Nintendo also isn’t well known for frequently updating or patching games, just because their systems have never demanded it before. However that’s something that’s absolutely necessary in mobile. Pokemon Go launched with a lot of issues, and features that felt like they were missing in a way. We still don’t have the ability to trade Pokemon or battle other trainers, something that conceivably could have made the game even more popular had it been included at launch.

Even Pokemon Go, which the world was talking about for weeks, is starting to lose a little steam and attention now. It was certainly an amazing thing to see at first, but a lack of gameplay variety and things to do in the game, has caused some people to put it down.

Basically, the experiences we’re seeing on mobile from Nintendo so far may have had a much easier time holding people’s attention, when the mobile space wasn’t already so crammed with great experiences. We’ve seen the big powerhouses like Clash of Clans and Age of War, down to other smaller engaging experiences that have lasting appeal for fans like Infinity Blade, Square Enix’s Go games and more. Ultimately, the mobile games industry may just be too crammed for Nintendo to really break into and make decent money off of.

Nintendo releases will of course attract a ton of attention at launch, but there may not be a ton of money to be made, especially if the company continues to use the free-to-play model. People will pick up the game at launch, play for a week or two and not drop any money, which could quickly result in a loss for the company.

Although we don’t have an exact price yet, we do know that Mario Run will have a set purchase price, going against Nintendo’s first two mobile games. Now this could be either a good or a bad thing, depending on the pricing. Ideally, Mario Run would only be a couple dollars, opening up the experience to a wide array of players. A small price point would encourage more people to pick it up, people that are willing to shell out a couple bucks to play a fun Mario game on their phone. If Nintendo went the route of some other companies though, and charged a higher amount for the game, say 10-15 dollars, then this could be detrimental for their image.

Nintendo wants to retain that image of being a game company with accessible, easy to get into games. On mobile, part of that means having a price point that isn’t going to discourage players from downloading your game. Mario is Nintendo’s biggest series, and what they do with his mobile game will dictate the route the company goes down in the future, in many people’s eyes.

We all know the brand power that Nintendo characters hold, but it’ll be up to the company to develop titles that get people invested and continue to hold their attention for extended periods of time. More frequent updates to their games will also be a must, along with a decent release schedule that has players keeping Nintendo titles on their phones and not switching over to something else. Meanwhile, Nintendo’s competitors will also keep trying to create innovative and fresh experiences.

There’s no doubting the appeal and impact that both Miitomo and Pokemon Go have had, but they’re both struggling to hold attention moving forward. Nintendo will no doubt keep trying new things, but they may have entered the mobile arena just a little too late in the game.