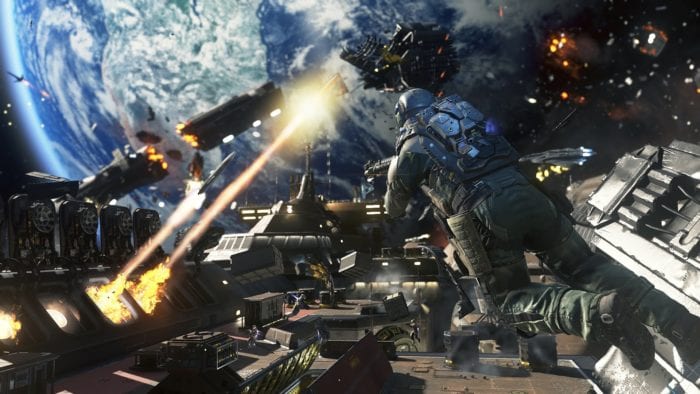 One of the biggest fall titles of the year, Call of Duty: Infinite Warfare, has received a new trailer giving us a look at its story. In usual Call of Duty fashion there’s plenty of explosions and battles to be had, but the trailer also gives us our first look at the roles that Game of Thrones’ Kit Harington and UFC’s Conor McGregor will be playing in the game.

Both actors look to be playing the villains of the game, with Harington starring as the imposing space admiral, Salen Kotch. McGregor is only seen briefly but he plays the role of Captain Bradley Fillion, who looks to serve under Harington’s character. The stakes are higher than ever before in Call of Duty, as the war that breaks out is taken beyond earth, to the moon and outer space. Take a look at the full trailer down below.

Call of Duty: Infinite Warfare launches on November 4, for PlayStation 4, Xbox One, and PC. If you purchase one of the Legacy Editions of the game, which start at $79.99, you’ll also receive access to the single player and multiplayer of Modern Warfare Remastered. If you want to see what’s new for the series in Infinite Warfare, you can see everything you need to know right here.

What do you think of Harington and McGregor’s roles in Infinite Warfare? Are they both good choices to play the game’s villains? Let us know what you think down in the comments.