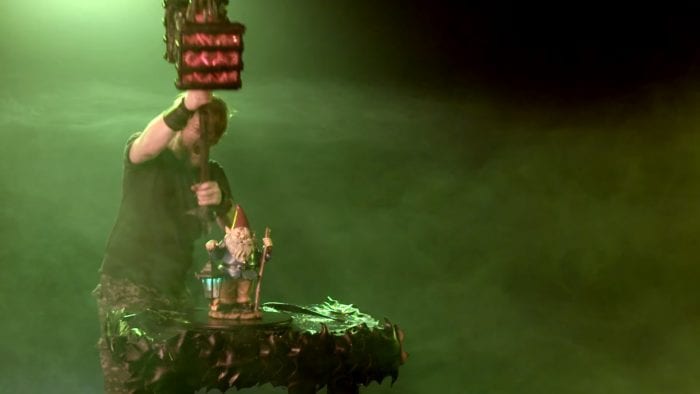 World of Warcraft has a good number of legendary and highly recognizable weapons, such as Frostmourne, the Ashbringer, and Doomhammer, to name just a few. After being featured in the live-action Warcraft movie earlier this year, the Doomhammer has now received the Man at Arms treatment, getting pulled from the game and brought into the real world by blacksmith Tony Swatton.

Tony Swatton is one of the world’s best blacksmiths and managed to build a very impressive career for himself by forging many popular weapons found in video games and movies along with his colleagues on the YouTube series Man at Arms. This time, however, the blacksmith collaborated with Blizzard for another episode of something a little bit different called Azeroth Armory. The main concept of the show is the same but just as the title suggests, this series is all about forging weapons exclusively from the World of Warcraft universe.

Having already worked on Froustmorne and Gorehowl in the past, Swatton now decided to tackle the legendary Doomhammer, a weapon most closely associated with Thrall, though its name actually comes from its previous owner, the orc warrior known as Orgrim Doomhammer. To make things a little more interesting, however, Blizzard tasked the blacksmith with forging a lava-infused artifact version of Doomhammer that’s quite a bit more complex than the original. Naturally, there’s no actual lava dripping from the weapon in this case, but the IRL Doomhammer turned out pretty awesome regardless.

As a side note, the weapon forged in the video is just one of the many possible variations for the Doomhammer that can be acquired in the upcoming expansion. Artifact weapons are a new feature in World of Warcraft and are scheduled to go live as soon as Legion launches later this month.