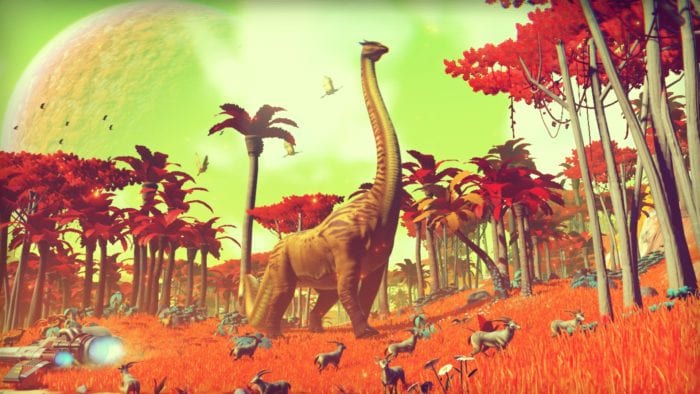 No Man’s Sky has been one of the most anticipated games of the year and now it’s finally upon us. Released last week, the game has not only gone straight to the top of the UK game charts, but has also become the second biggest launch for a PS4 game ever.

Coming second only to Uncharted 4: A Thief’s End, No Man’s Sky is the second biggest launch for a PS4 title. It is also the fifth best launch for a new IP, coming behind Destiny, Watch Dogs, The Getaway, and The Last of Us.

Last week, we reported that Grand Theft Auto V had managed to reach the top of the charts despite being released back in 2013. We predicted that No Man’s Sky would take the top spot and we were right. However, GTA V is now only in second place, not bad for a game over two years old. Overwatch is in third, Lego Star Wars: The Force Awakens is in fourth, and Uncharted 4 is fifth.

This week’s only major release will be Ubisoft’s sequel to Grow Home, Grow Up. Time will tell if it’s able to take the top spot from No Man’s Sky. The top 20 are as follows: