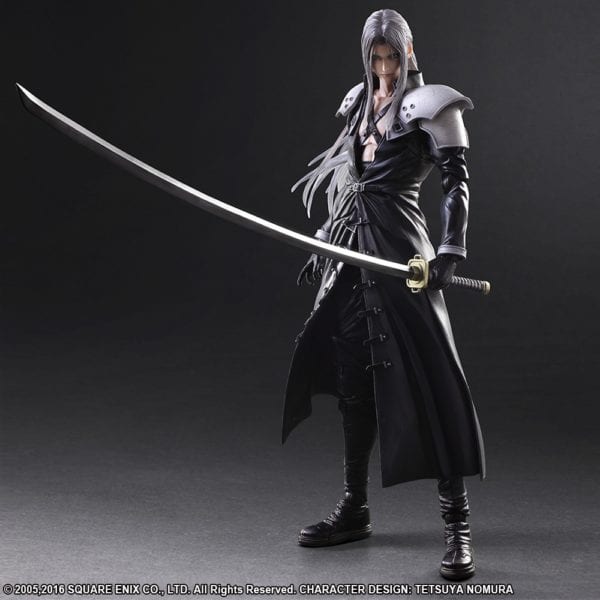 Final Fantasy XV is releasing in just over a month, but in the meanwhile, fans of the series can look forward to a brand new figure of one of the most infamous villains of the series. The latest line of Square Enix’s Play Arts Kai figures features a major character from Final Fantasy VII: Sephiroth.

This specific version of Sephiroth is from the Animated film Final Fantasy VII: Advent Children. The figure itself stands 10 inches tall and comes with changeable hands, detachable wings, and a sword. The figure costs $150 and is currently slated for a February 2017 release. You can pre-order it now right here.

Check out some of the incredibly detailed images of the figure down below.

Square Enix is currently remaking the classic tale of Final Fantasy VII for current-gen consoles. We have also learned that the remake will be in episodic form, meaning that the game will be broken up into sections, a major difference from the original title. A bit of gameplay has been shown off at last year’s PlayStation Experience, where players have seen Cloud in action. Hopefully, we hear more about this remake in the near future.