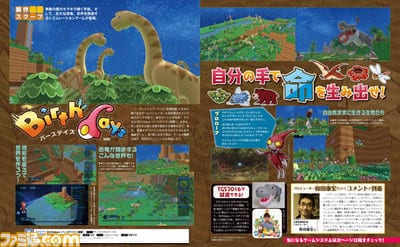 Yasuhiro Wada, the creator of Harvest Moon and Story of Seasons, has announced Birthdays, a new game that will be coming to the PS4. According to Famitsu, this game is a collaboration between Wada and Arc System Works.

Here are a few details about the game, translation courtesy of Gematsu:

‘Birthdays lets players create, steadily evolve, and develop environments on new lands where living things are born. It will be playable at the Tokyo Game Show in September.’

From the brief details we’ve been given about the game, it sounds markedly different from what players might be used to seeing in a Harvest Moon or Story of Seasons game. In fact, it sounds rather sandbox-like. There doesn’t seem to be a set release date for the game just yet. No other details were given about Birthdays, though we expect we’ll see and hear more about the game during this year’s Tokyo Game Show. We’ll keep you updated as more information comes our way.