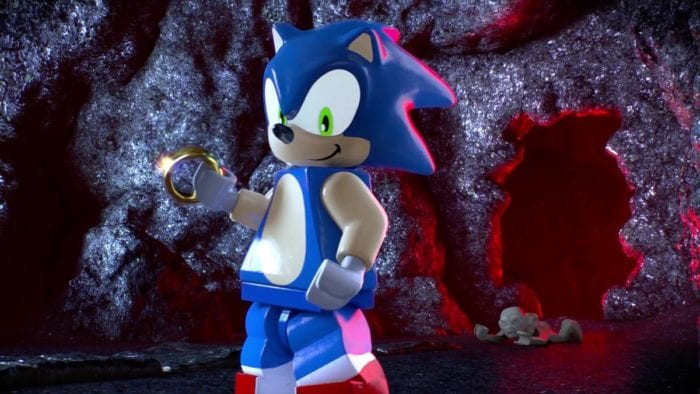 It’s no secret that Sonic the Hedgehog will be arriving as a playable character and figurine in Year Two of TT Games’ Lego Dimensions but, since the initial reveal trailer, we haven’t heard too much else about what to expect from the fastest hedgehog alive in the action adventure title.

Luckily, Lego Dimensions producer Mark Warburton shared some photos on Twitter (before quickly removing them), showing what the Sonic the Hedgehog Lego figurine will apparently look like. Check it out below.

True to his persona, Sonic seems to be putting the Man of Steel himself through his paces in a one-on-one race.

Additionally, it looks as though the figurine will come with an attachable gold ring, an item which often features in Sonic titles as a collectible.

Also notable is the gold-tinted base, complete with the checkered patterning and classic Sonic logo to match.

You’ll be able to purchase Sonic the Hedgehog in a character pack sometime following then, but it’s unclear how exactly he’ll be involved in the various expansions to the game.