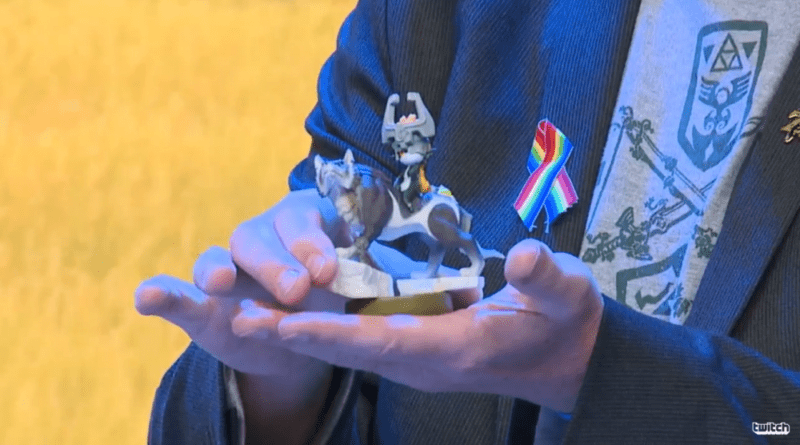 Just announced at the Nintendo Treehouse, the Twilight Princess Wolf Link Amiibo will play a part in The Legend of Zelda: Breath of the Wild, and it’s pretty damn cool.

In the Twilight Princess HD remaster released earlier this year, you could tap the amiibo to your gamepad to unlock the Cave of Shadows, which was basically a brand new dungeon full of challenges. Once you had finished, you could store your hearts saved at the end of the trial in the amiibo itself. This is where things get interesting.

In the gameplay demo for Breath of The Wild, they tapped the Twilight Princess model to the gamepad and a Wolf companion popped up on screen right in front of Link. Wolf Link actually carries over the heart’s you saved in the Cave of Shadows, and can help you out as you traverse the open world.

He alerts the character of enemies, and will hunt wild animals and help in battle, leaving the meat for you to recover. Kinda like D-Dog from MGS V.

His art style is adapted for the new game, so he looks awesome side by side with Link, but he does keep his little chain from Twilight Princess. After he dies, it will take one in-game day to get him back, and if lost, you can recover him with a handy whistle.

They also brought out the prototype models of the three new amiibo’s that are being released in relation to Breath of The Wild. You can find more details on them here.