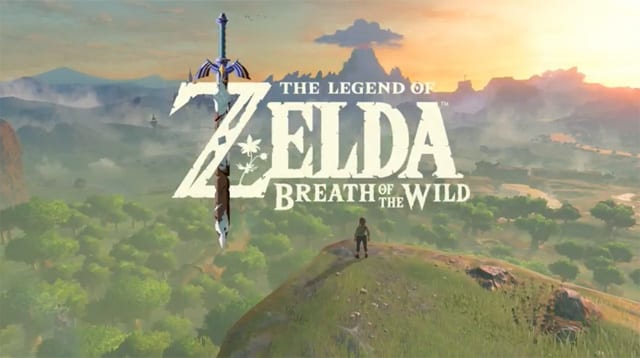 Every gamer has a little blind spot in their gaming credentials that they’re not proud of. Some have never played a Final Fantasy game, others can’t understand what on earth’s going on in the Metal Gear Solid games, and some folk just much prefer to play their games on the easiest setting. It’s okay, I’m not going to judge you, because I have a confession to make as well: I have never properly played a Legend of Zelda game.

Video games have been around for several decades now, and it’s understandable that most people don’t have the time and money to go back and play all the classics. The first Legend of Zelda game was released back in 1989 for the NES and since then, numerous games have been released on a variety of systems. You can understand that for gamers today, trying to get into Zelda could feel like a daunting task, since there’s decades of lore to catch up on. However, given what we’ve learned of the latest installment in the series, The Legend of Zelda: Breath of the Wild, it looks like this might be the perfect game for new gamers to jump into the Zelda franchise.

During Nintendo’s E3 Treehouse livestream, we got to see a lot of the game in action. As someone who has never gotten into the Zelda series, I hadn’t paid much attention to it since it was announced, but what was shown at E3 convinced me that this game is every bit as appealing to new Zelda players as it is to the hardcore fanbase. This new Zelda title feels far more open than previous titles and it seems players will be allowed to follow their own path rather than constantly being moved forward by the narrative. If you decide you want to ignore questing for awhile and just want to travel around collecting mushroom, you can!

During the Nintendo Treehouse livestream, Shigeru Miyamoto specifically stated that Breath of the Wild will be different to previous Zelda titles. Some of these changes are obvious, as this is going to be the first truly open-world Zelda game and players will have more freedom than ever to embark on their adventure however they want. You can even skip quests and just jump straight to the final boss if you want. Due to the more open and less focused nature of the game, the story will take more of a backseat than it has in previous games. Hardcore Zelda fans will no doubt notice plenty of nods to previous titles, but newcomers won’t have decades of lore shoved in their faces. The open-world nature of the game will allow players to explore Hyrule for themselves, rather than be thrown into places they feel they should already know.

Open-world games are popular for their ability to allow gamers to simply mess around. Many promote gameplay over narrative, and it seems this will be true here. During the several hours of gameplay we saw, almost all of it was showing off the vast land players will be able to explore, the excellent gameplay, and all the great attention to detail which will allow players to adventure however they see fit. Very little was mentioned of the narrative, and it was even specified that players will have to discover for themselves what is happening in Hyrule, rather than being presented with a huge chunk of lore when the game begins.

The massive open-world of Breath of the Wild is begging to be explored and is no doubt tempting gamers who haven’t played the Zelda series but have enjoyed the likes of The Elder Scrolls series, Shadow of the Colossus, and even Minecraft. The crazy attention to detail in this game is incredible and it seems that if you can think to do it, then Nintendo has included it. Nintendo is known for putting out very well polished, high quality games and it looks like Wild takes that even further. The number of ways players could approach an objective, such as taking out a camp of enemies, was very impressive and reminded me of the sort of freedom offered in Far Cry 3. The visuals are gorgeous, the atmosphere is spot on, and the call of adventure is just too much to pass on for any true fan of adventure games.

The Legend of Zelda: Breath of the Wild could well be a Zelda game which not only pleases the established fans, but also attracts a whole new audience who have felt daunted by the series in the past. I’ve never played a Zelda game before and I don’t own a Wii U, however I was seriously impressed by what I saw during E3 and I’ll be damned if I’m not very tempted to pick up the NX in order to get my hands on it.